NASHVILLE – Three White House wrestlers were named to the 2018 Middle Tennessee Coaches Association All-Midstate Team at a banquet Sunday night at the Knights of Columbus in Nashville.

White House senior Elijah Zweydorff, a state runner-up in TSSAA Class A/AA 285 pounds, was named to the team after finishing 3-1 in the state tournament. Zweydorff was also a TWCA All-Star offensive lineman in football.

Junior Ethan Rainey, whose season was cut short in the Region 4-A/AA tournament with an injury, just missed a return trip to state unable to finish his season on the mat. He was named to the team in the 195-pound class.

Junior Rhiley Burton, a 145-pound division wrestler, was a state qualifier for the first time and named to the All-Midstate team after finishing 1-2 in the TSSAA State Tournament.

Wrestlers are pictured with Coach Lamberth and Coach Hill. 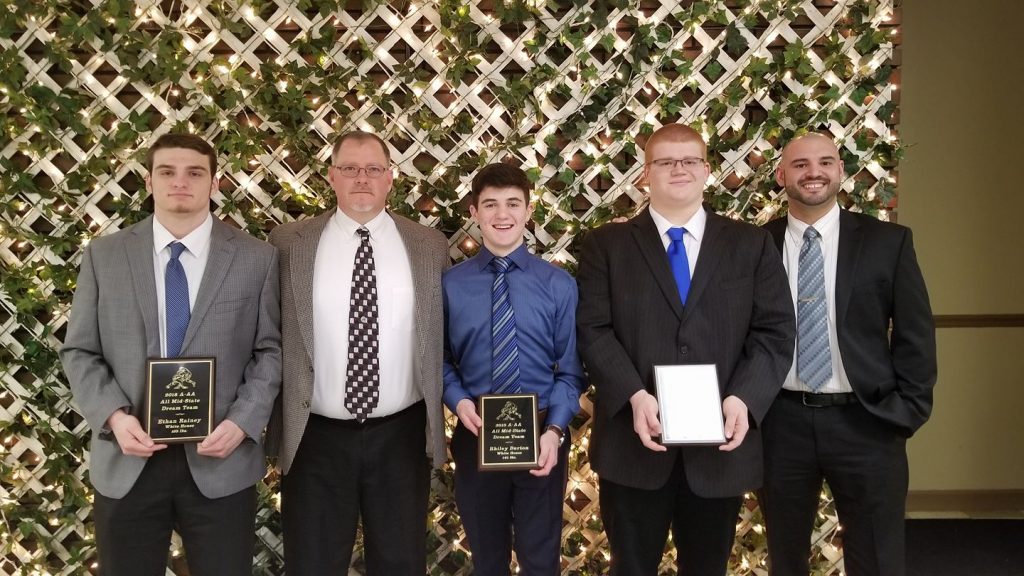 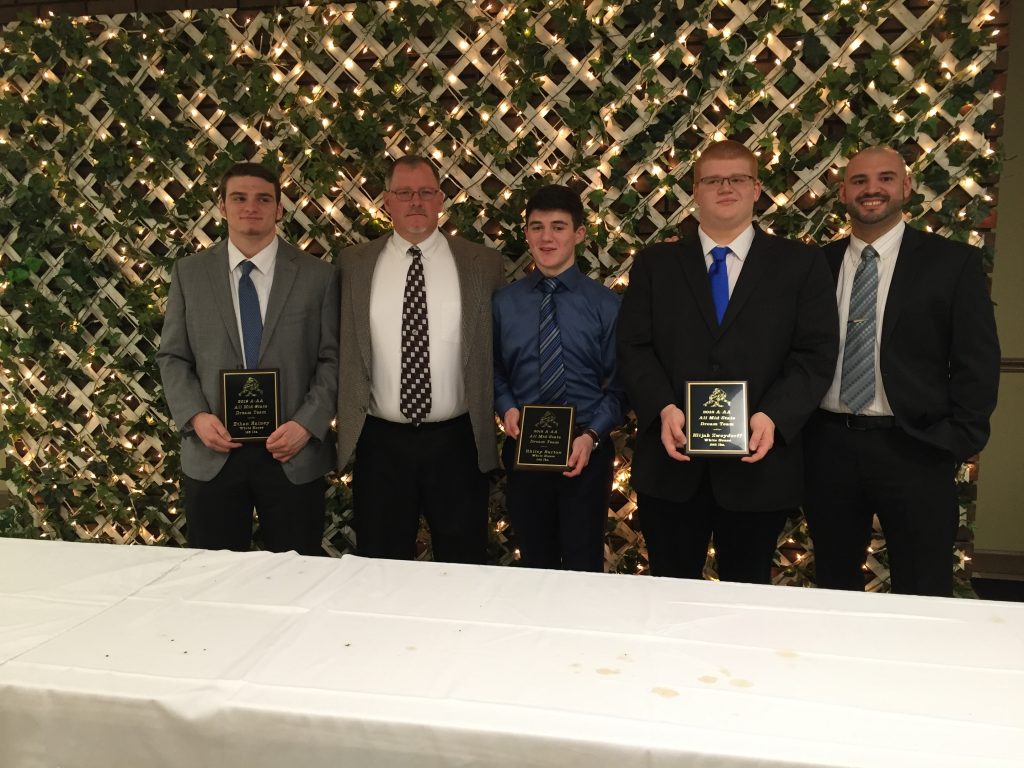