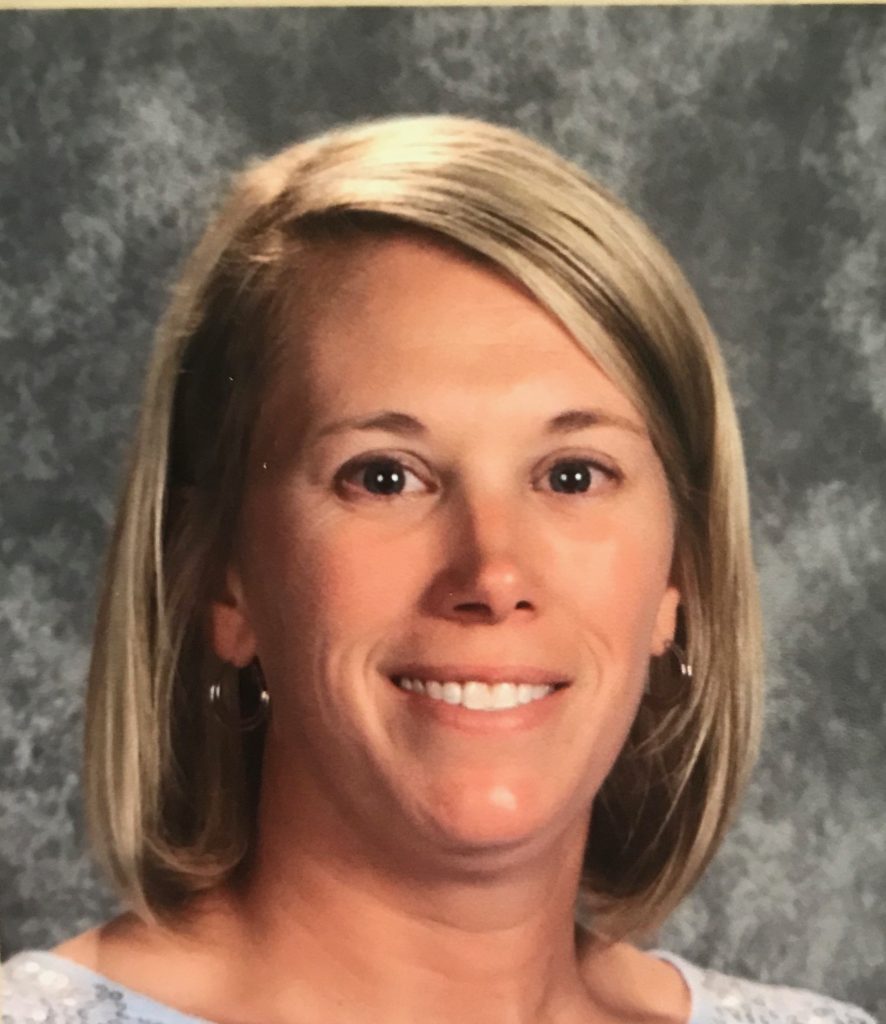 WHITE HOUSE – For many of the young players on the roster for the White House Lady Devils, Kelly Smelcer has always been their “coach” – but now White House High School has made it official for the 2018-19 season.

“I knew that this was a possibility for the coming season when I came to White House High School,” Smelcer said. “I was here to help as long as I needed to and I am thankful for the opportunity and excited about the coming season.”

She replaces retiring non-faculty coach Jeff Bennett, who had retired from teaching and administration but continued to lead the WHHS girls program. Coach Bennett has a long legacy of coaching at WHHS but had previously retired from his job as one of the school’s assistant principals.

“He’s just a wealth of basketball knowledge,” Smelcer said of the former head coach. “He was a coach and a teacher here when I was a student, and now to come back full circle and work underneath his leadership is huge. To be able to learn from his experience has been a big asset.”

Smelcer played basketball for four seasons at White House, including a 21-5 (10-0) season in 1994 as a senior where she was an All-District player for the 10-AA champs. She also played four years soccer, including the very first soccer team at WHHS for girls.

She graduated from the University of Tennessee Knoxville with a B.S. in zoology and worked in that field before coming back to education. She completed her Masters of Education from U.T. and teaches biology, anatomy and physiology on the main campus at WHHS.

She has been married to George for 10 years, and has three children – Ethan Droz (a ninth grade basketball player), Avery Droz (a sev 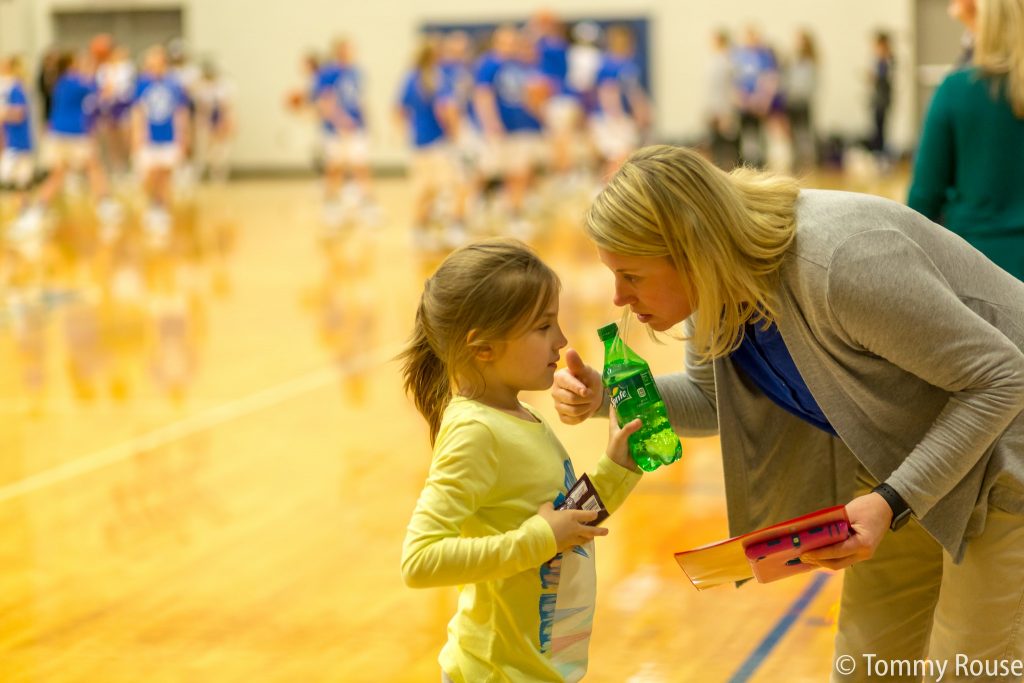 She spent three years coaching basketball and teaching in Knoxville at Fulton and West High Schools, then was at White House Heritage assisting with soccer and basketball from 2007-2011, before a two-year stint at White House Middle School. She coached one year with Megan Mims and then took over the head coach position for one year.

The rising sophomore class at WHHS girls basketball has been with her since the seventh grade and is one of the largest freshman team classes in recent history. 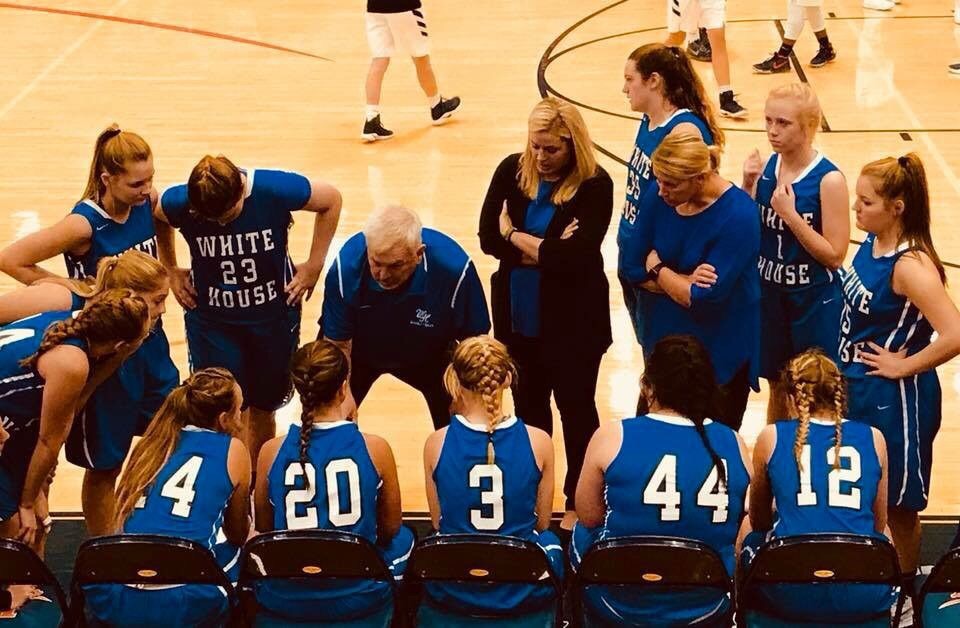 Returning are starting guard and rising senior Grace Maupin, starting rising junior guard Baylee Miller, and post players Ragan Anderson and Sarah Cartwright, who both played significant time and spot-started as freshmen. The remainder of the roster is loaded with a majority of freshman and sophomores who will have to turn depth into maturity.

“They are very well-rounded and can play a lot of positions,” she said of her returning youngsters. “We have to have some quick maturity, but they got a lot of valuable varsity experience and that will pay off for us. Versatility is key, and many of them can step in in multiple places. Some of our rising sophomores can play four out of the five positions for us. It’s a matter of finding the right pieces for the right spots.”

Philosophy and Style of Play

The Lady Devils are conditioning and preparing for tryouts for the upcoming season and that comes with the realization that District 9-AA and Region 5-AA is full of athletic, pressing and quick athletic teams who can cover both ends of the floor.

Cheatham County from District 9-AA made the state tournament and lost to Class AA runner-up Macon County in the state quarterfinals. But past the district, the region into Nashville is much more talent and stiff competition with teams like East Nashville, Pearl-Cohn, Maplewood and Whites Creek. 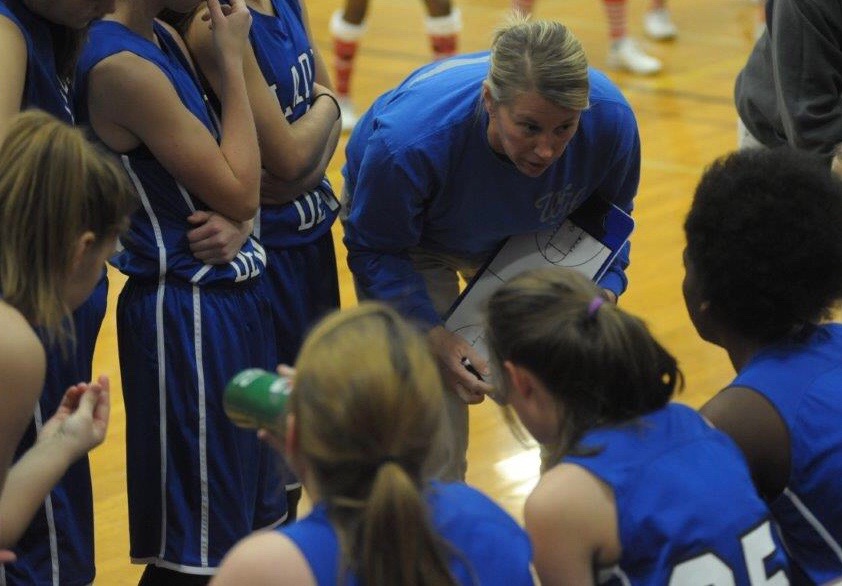 fast-paced game,” Smelcer said. “We would like to apply pressure defense and get our offense out of the defensive sets. Our offensive lineup is going to come with seeing where the pieces fit and where they grow.

“Our schedule is going to be pretty similar, with the district games and then out of district normal rivalries like East Robertson, Portland, Gallatin and Springfield,” she added. “It’s definitely an extra motivation to get this program back to the success level we have experienced in the past and get the girls to buy into that.”

White House will also play in the Goodpasture Christmas Classic this coming season and at least one Hall of Fame Classic game at Friendship Christian to start the year.

“Last year, we competed in almost every game we played in during the first half, but we have to be in condition to be able to finish,” she said. “We have to work hard in the offseason to be a fast-paced team and play a full four quarters in our district.”

“I know a lot of these girls, and we had a tremendously big freshman class this past year and likely eight or nine of them are returning,” she said. “We have a few more girls that will be coming from the middle school and its a rarity to be able to fill a large freshman and junior varsity team but we were able to do that this past season and gain a lot of experience.”

The atmosphere isn’t new, having served as an assistant coach this past season, but the gym looks significantly differently since she played in 1994. White House just recently completed a renovation of the gymnasium and locker room areas.

“It’s still the same gym, still has the same smell, and this is a super special place and there is a sense of pride that comes with being able to come back and coach in the building you played in,” she said.

Smelcer is working on the assembling of her assistant coach staff for the coming year. This past season, she served as an assistant and was the head coach of the J.V. team.

The White House Lady Devils will host tryouts for the upcoming season on Monday, May 14th for rising sophomores through seniors from 3:30-5:00 p.m.

Eighth graders who will be rising freshmen will tryout on Wednesday, May 23rd after exams are completed the last day of school.