MADISON – It was a slow start and an electric finish for the White House Lady Devils junior varsity basketball team on Tuesday night at Goodpasture.

Sophomore forward Danielle Williams put back a free throw miss with 33.4 seconds left and gave White House a comeback, 23-22 victory in the first game of the year.

Williams finished the game with seven points and six rebounds, but none as important as the final game-winner. Williams went to the line after being fouled on a shot attempt inside the final 35 seconds and White House trailing 22-20. Williams connected on the first and then off the scramble for the rebound scored the game-winning layup.

Goodpasture transitioned the ball to the other end and missed their final shot attempt when Grace Gregory fed the ball inside to Brieanna Owens, and White House secured the miss into the hands of Audrey Hudson. Her free throw missed with 2.3 seconds left but Williams and Alexis Bess trapped the Goodpasture rebounder in the corner to run out the clock.

Bess was the leading scorer for White House with eight points. Hudson added five and Hannah France three. White House was 3-of-9 from three-point range with Bess, Hudson and France all connecting once outside the arc.

White House trailed 6-3 after the first quarter and just 10-5 at the half, but rallied in the final minutes. With two minutes to go in the game, Goodpasture held a 20-16 lead.

White House plays at Friendship Christian on Thursday but there is no JV game. #bdp 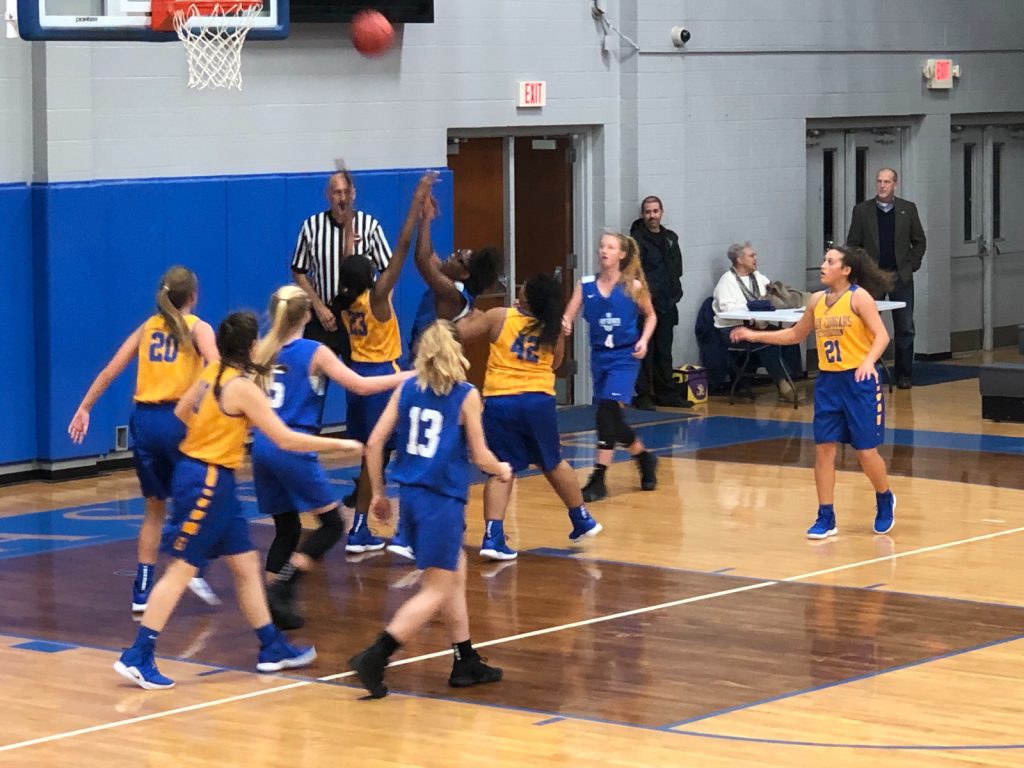