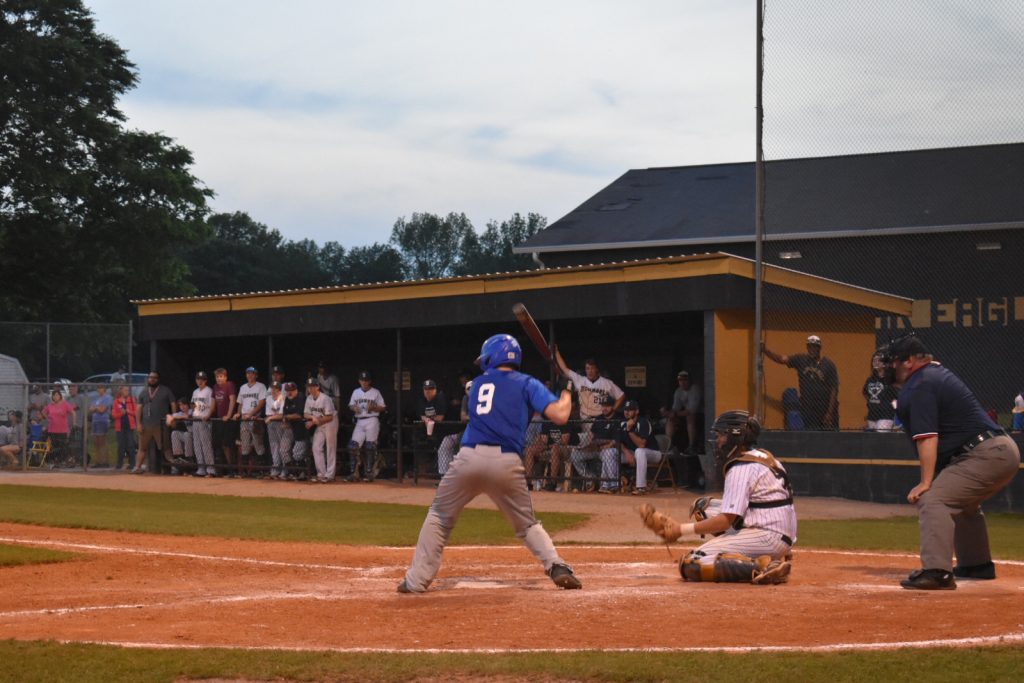 PLEASANT VIEW – The White House Blue Devils and Sycamore War Eagles met five times in 2019, but the final meeting was the last game of the year for WHHS as the District 9-AA lower bracket hosts won 4-2.

Sycamore’s Blaine McIntosh hammered a two-run home run in the bottom of the sixth inning for the win, after White House let 2-0 before the comeback. Sycamore lost to White House on Monday 11-2, but came back to beat Westmoreland 15-1 and then White House on consecutive nights, 2-1 and 4-2.

White House ends the season 18-9-1. Sycamore will play at Greenbrier for the District 9-AA championship and advance to the Region 5-AA semifinals.

Ivey pitched all seven for Sycamore and allowed two runs and two hits on five walks, but struck out 10.

Sycamore stranded the lead-off man in the first and second and a two-out single by Dawson Yoes in the third, but White House until the fifth when Palmer reached on an error and Neufeld walked followed by a Pond bunt, but Ivey earned a pair of strikeouts with runners on second and third.

McIntosh walked and Yoes singled to open the bottom of the fifth but back-to-back walks to Edmonson and Jolley pushed the first run across then Ivey singled home the tying run. Centerfielder Blaine Mitchell doubled off Ivey to neutralize the threat.

White House got nothing in the sixth but Thomason was hit by a pitch for Sycamore to start the bottom half and stole second before McIntosh launched a one out home run to right center.

Jacob Holland drew a lead off walk in the seventh and then Palmer swapped places on a fielder’s choice, but despite a two-out walk to Pond, the Blue Devils flied out with the go-ahead run at the plate to end the game.

Sycamore split with White House in the regular season but then won two of three in the lower half of the district bracket. White House won games two and three between the two teams and that was it.

On Tuesday, Heckert pitched a complete game for Sycamore, allowing one run on three hits in a 2-1 victory for the War Eagles. He struck out three and walked four.

Will Harper took the loss for White House, allowing two runs on three hits with three strikeouts and two walks in an inning and a third. Avery O’Bryan pitched two and two-thirds in relief and did not allow a walk or hit and struck out four.

Drew Vogel, Miles Suiter and Dustin Palmer had one hit each for White House.

White House scored its only run in the top of the fourth when O’Bryan was hit by a pitch and Miles Suiter singled and Palmer reached on an error to score a run.

But Sycamore also got their two in the fourth when Yoes reached on an error, Heckert a fielder’s choice, and then Jolley and Ivey singled to plate runs.

White House had two runners on in the sixth when Suiter and Josh Strother walked but Heckert got a pop out to end the threat.