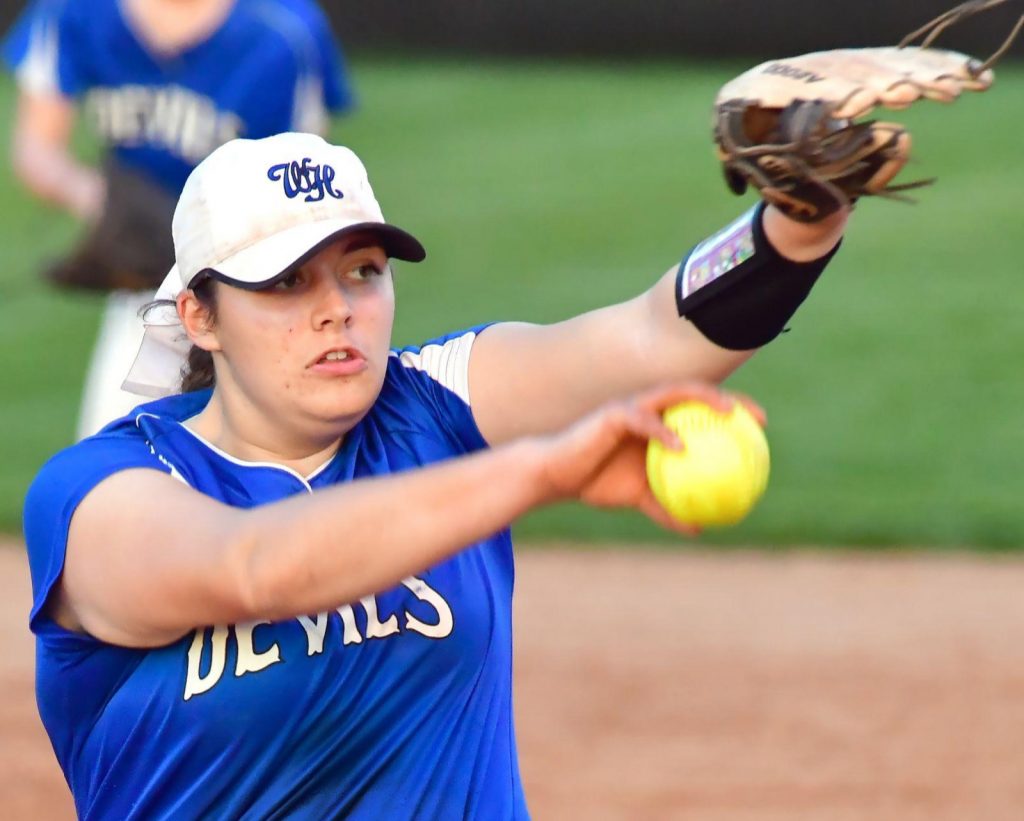 White House senior Mallory Gut did not want her high school career to end on her home field Monday afternoon.

With the Lady Devils on the brink of elimination, Gut tossed a complete game to help White House defeat White House Heritage 4-2 in the District 9-AA softball tournament.

“[Gut] kind of put the team on her back,” White House coach Cindy Towers said. “She wanted to be here another day. She’s has really come into her [own] in this tournament.”

Gut allowed just two unearned runs over seven innings to pick up her 12th victory of the season. The Vol State signee gave up five hits and allowed three walks while striking out five Lady Patriots.

“When’s Mallory is on, she is probably one of the best [pitchers] in our district,” White House Heritage coach Kim Snyder said. “She’s really good at moving the ball around and she’s got really decent speed.”

The teams traded runs in the first inning, as White House Heritage shortstop Alex Martin tripled and scored when Carlee Duke reached on an error. The Lady Devils answered with a sac bunt from Miranda Cain that allowed Kaylee Rogers to cross the plate.

But White House (19-17) did most of its damage in the bottom of the fourth. Kyra McCall laid down a bunt to plate Gut, and McCall and Hannah Crabtree eventually scored when Kennedy Butterworth reached on a throwing error by Lady Patriot pitcher Brynna Hinshaw.

“Sometimes kids get so excited in the moment and they don’t focus as much,” Towers said. “I like to bunt in situations like that because it takes the pressure off them. All they have to do is get the ball out.”

In the fifth, White House Heritage tacked on a second run when Martin again scored on an error. But that was all the Lady Patriots could muster.

White House Heritage finished with a 13-14 overall record this season after finishing as runner-up at the Class AA state tournament in 2018, when they had six seniors.

“We knew coming into this season that it would look really different for us,” Snyder said. “We went from having six seniors to having eight freshman and one senior. I wish it could have lasted longer, but in the end, there’s potential and promise for next year.”

“Alex came in and started as a freshman,” Snyder said. “She’s seen two state championship games. That experience and grit will be missed. I’m looking forward to figuring out which of my young ones can step up.”