NASHVILLE – Bryson Harper completed the hat trick Monday in dramatic fashion, scoring his third goal with 1:35 left in overtime to give White House a come-from-behind 3-2 win over Hume Fogg in the Region 5-AA semifinal at Ted Rhodes Park.

Harper broke through the defense on a center through ball from Josh Delaney, and then White House played keep away in the final minute and a half to salt away the victory, eliminating the hosts. White House took 100 minutes to win the game, playing a 20-minute overtime session split into two 10-minute periods.

In a game of endurance, White House won the battle of attrition.

“We will never be out-conditioned in a game by another team,” White House head coach Mark Lamberth said, whose team improved to 14-1 all-time in region semifinal games, bouncing back from the only ever loss last year. “What we wanted to do, even though it kind of backfired on us at the end of the first half, was be looking into the wind and the sun in the first half and then turn it around in the second half and that’s what we did.”

White House advances to the Region 5-AA championship Wednesday night at Beech (defeated MLK 3-2), and will be guaranteed a spot in the Saturday sectional final. The winner of Saturday’s two sectional games will advance to the TSSAA Class AA State Tournament next week at Spring Fling. Wednesday’s game is for seeding only and is not an elimination game.

On Monday, Hume Fogg, with the wind and late afternoon sun to an advantage in the first half, scored goals on a header at 24 minutes and then inside the final two minutes to take a 2-0 lead at the intermission. But Isaac Layman responded to shut out Hume Fogg the rest of the way.

When the field flipped, so did the offensive strategy for the Blue Devils, who blistered the attack in the second half and scored in the first seven minutes when Cason Cooper placed a free kick over the head of the defensive line and Harper connected for the 2-1 score.

“We knew that we were conditioned enough to be able to play the game we wanted to play,” Lamberth said. “When the half came, the sun is in their keeper’s eyes and we have the wind advantage and we played well to come back.”

Then missing chance after chance but keeping on the pressure, Harper finally fired a shot direct to the net with Cooper earning his second assist to tie the game at 72:00.

In overtime, Hume Fogg took the wind and sun first and White House held them scoreless, and then again flipped the field to attack in front of their own bench.

The game looked to be headed to another set of overtime periods, but Delaney skipped a pass through the middle and Bryson beat three defenders to the ball and cashed in past the keeper.

“Normally, I hate a a chip through ball but Josh sure hit a nice one to him (Bryson) at the end,” Lamberth explained. “And Bryson got three goals and we got five more days guaranteed with my boys. That’s what matters.”

The game was played on a field with good conditions, but no scoreboard or time clock. Time was kept by officials on the field and the sun was setting behind both team benches. 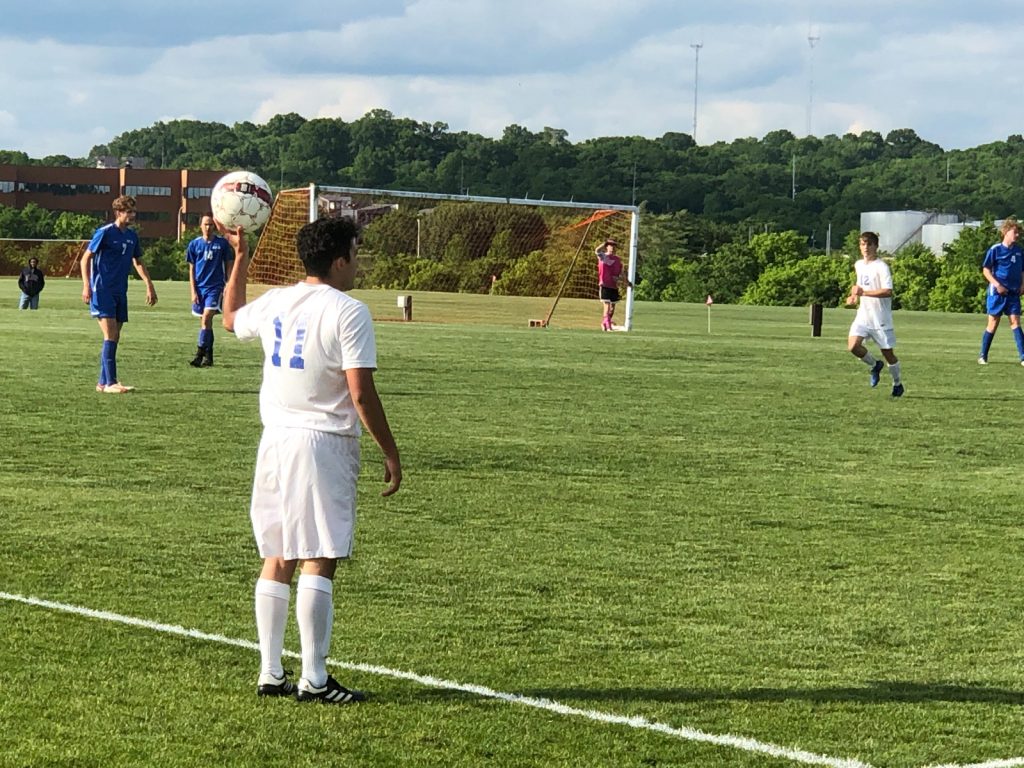