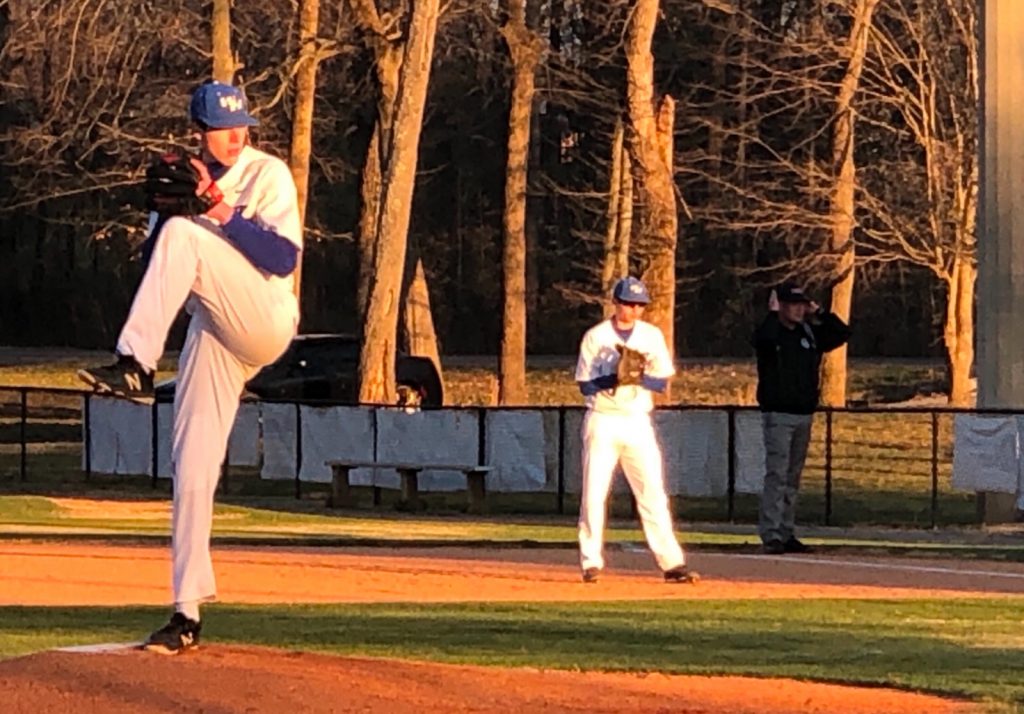 Frye, who has earned no decisions in his other starts, picked up his first win of the year as White House improved to 4-5-1 overall and 2-3 in District 9-AA. Frye has a 2.50 ERA and 18 strikeouts in 16.2 innings pitched this season.

White House will host the Eagles Tuesday at the WHHS baseball field with the varsity game starting at 7 p.m.

Avery O’Bryan was 3-3 with two RBIs and a run scored at the plate and Aaron Worrell was 2-4 with a run scored. Logan Neufeld, Andrew Vogel, Frye and Will Harper all got base hits and Frye, Harper, Blaine Mitchell and Neufeld had an RBI.  Miles Suiter was 0-3 with a walk but scored three runs and Vogel scored twice.

White House scored one in the first, two in the fourth, two in the sixth and three in the seventh to put the game away.