NASHVILLE – White House rising senior Avery O’Bryan was named to the 2019 Tennessee Baseball Coaches Association Showcase roster for the event held at Lipscomb University on June 18-19, and after attending the event was selected for Team TN.

O’Bryan was one of two Blue Devils selected for the TBCA Showcase, but teammate Drew Vogel bypassed the event after committing to play college baseball at Murray State University.

Team Tennessee is playing at the Southeastern Underclassmen Shootout at Troy University with a group of teams from six states. Avery is a 5-10, 215-pound starting pitcher in the class of 2020 and also batted primarily as a designated hitter for the Blue Devils in 2019. O’Bryan is also a starting linebacker for the football team. Team Tennessee is playing Thursday for the Bronze Medal against Florida at 2 p.m. Follow results on Twitter.

The shootout features teams from Tennessee, Kentucky, Louisiana, Florida, Mississippi and Alabama. Kentucky faces Alabama in the 5th place game, followed by Florida and Tennessee for 3rd place, and Louisiana and Mississippi for the championship. 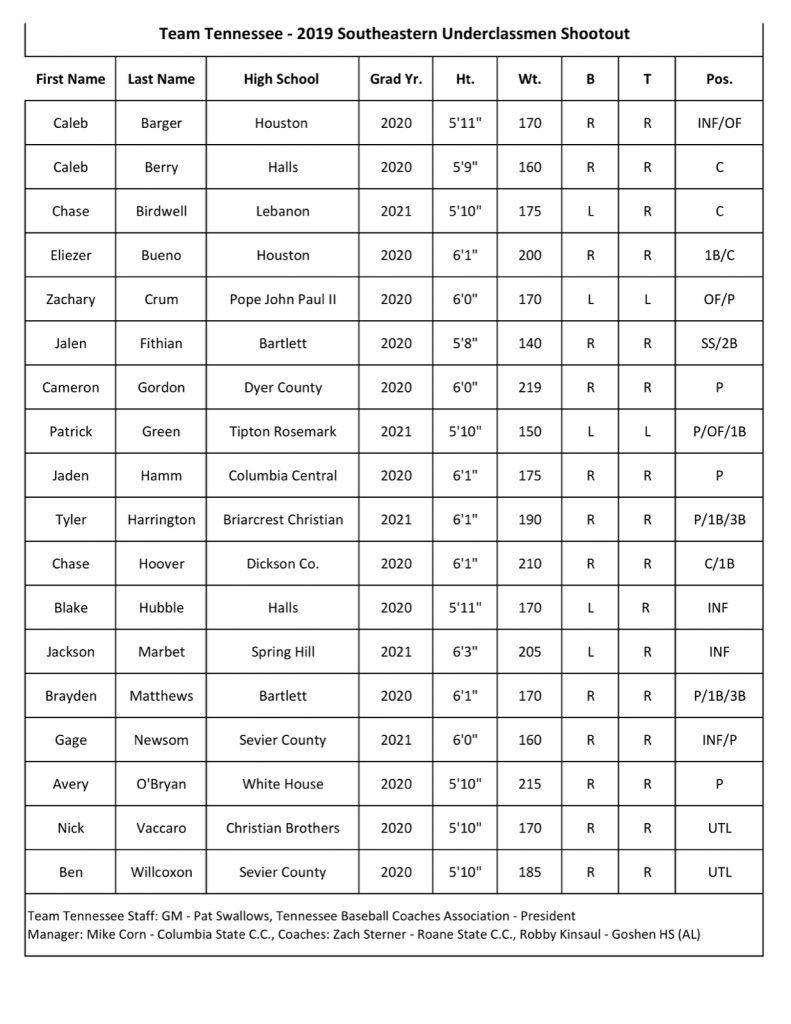