The White House Lady Devils opened the week with an impressive victory on Monday night at home, disposing of Westmoreland in three sets.

White House had 28 assists and 34 aces with an 86 percent serve percentage. Westmoreland made 46 errors and only had two assists with eight aces.

Lacey Escue had 2.5 blocks and led the team with a .750 hit percentage (total kills minus total errors divided by total attempts).

Kady O’Neal was 100 percent on serve percentage with 10 aces. Allison Ly had 11 aces and three digs, and Justine Lowe led the team with four digs.

The Lady Devils play at White House Heritage on Tuesday at 5 p.m. 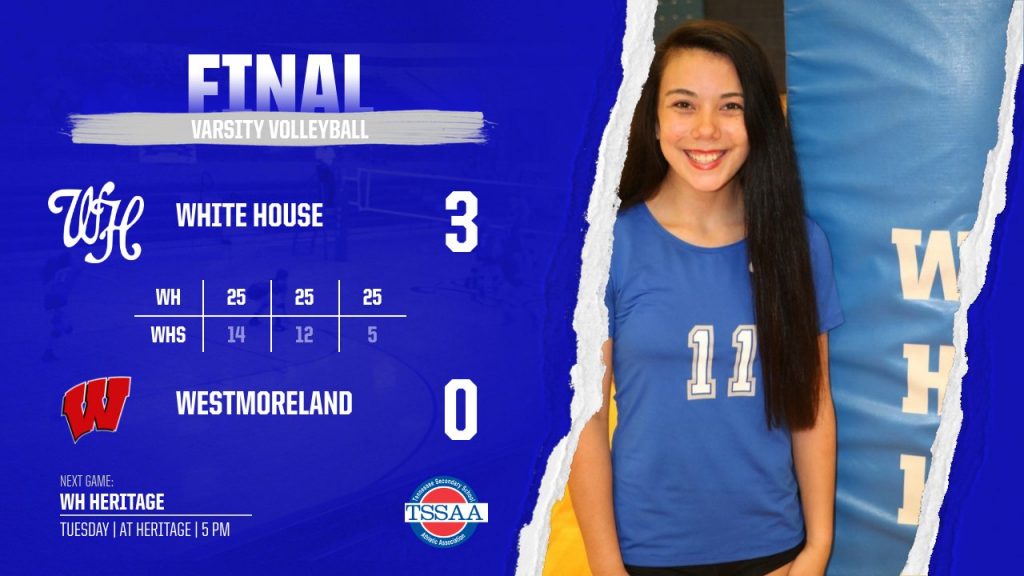