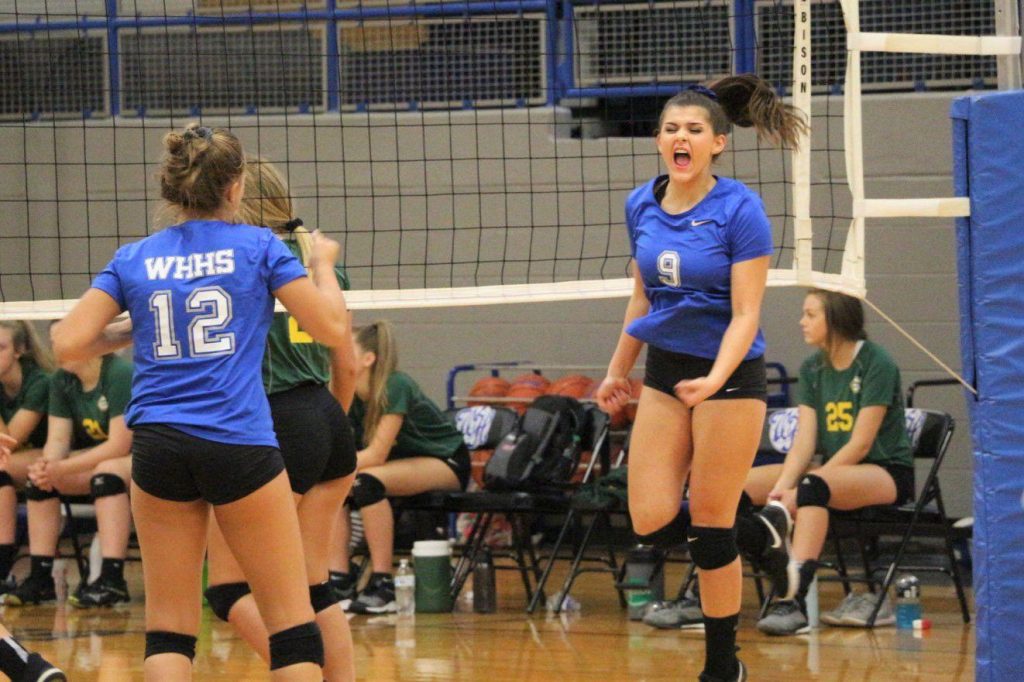 After losing the opening set 25-21, White House rebounded to win the second set by the same score and then took the third set 25-17. Macon County fought back with a dominant, 25-9 win in the fourth set. But White House took the decisive fifth set 15-9.

Lacey Escue and Allison Ly both had a 100 percent service record in the match, and Justine Lowe finished at 92.3 percent with five aces. Megan Thompson had 17 digs, Ly finished with 12 and Lowe contributed 10.

Ally Grace Sloan added nine digs and an ace. Escue led the team with a .200 hit percentage, which measures total kills minus total errors divided by total attempts. Senior Kady O’Neal was second on the team with 16 digs.

White House had 35 assists and 10 aces with 67 digs, but the Lady Devils kept Macon County in the match with 42 errors. The Tigerettes had 67 digs and 39 errors but only five aces and 29 assists.