White House High School sophomore libero specialist Megan Thompson was named to the All-District 11-AA volleyball team on Tuesday after the end of the Lady Devils season in the first round of the tournament at Portland High School.

White House was the fifth seed and lost to fourth seed Macon County.

“Megan is the type of player that you want a hundred of,” White House coaches Dani Villafana and Kassie King said in a statement after the district tournament. “You can lean on her and know she comes ready to play ball every night. She is a great teammate to the other players and always puts the team first.

“She is the kind of player you want the ball to come to because you know she is going to get a touch on it 95 percent of the time. She is humble and celebrates her teammates accomplishments above her own.  She is an exceptional student in the classroom. She sets the example of what it means to be a Lady Devil!”

Thompson played in all 29 matches and 85 sets for the season, and going into the final game of the season had a 94.9 save percentage and 2.33 serve rating, fourth on the team. She plays the important libero position in varsity volleyball.

The libero is a defensive specialist added to the volleyball lineup in 1999 which remains in the game all the time and is not subject to the same rotations as other positions. The libero often occupies the middle blocker position and always wears a different color uniform than her teammates.

She led the team with 12.1 digs per contest, and also touched 17.4 percent of the first balls off a serve. She had a team-high 1.87 serve receive rating. 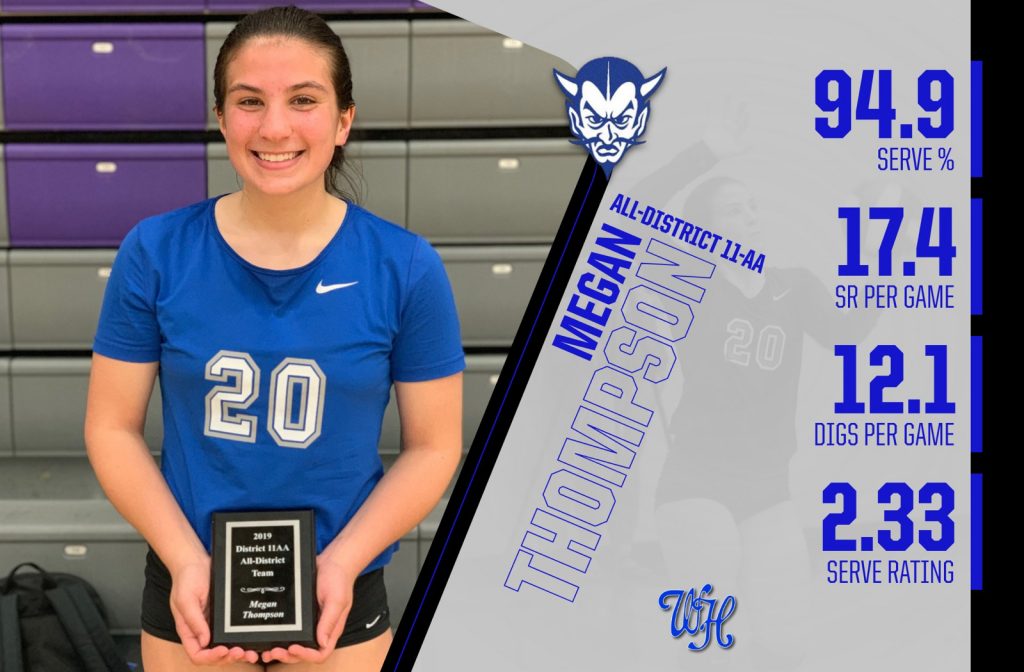