However, the third meeting between the two teams was all in favor of the fourth-seeded Tigerettes, who advanced to the District 11-AA Tournament semifinal round with a 25-18, 25-21, 25-18 victory over No. 5 seed White House in a match played on Oct. 8 at Portland High School.

“All year, when we meet a district team, and it actually means something, the girls go in scared,” Macon County head coach Brooke Smith said. “When its teams they don’t know, they just play and have fun. But on Tuesday, they just came out fighting. They didn’t care that it was White House. They knew that if they lost, they went home, so they came out fighting.”

“The girls’ mindset changed completely,” Smith said. “I think they knew that at that point, if they lost they went home, and if they won, they moved on in the tournament. I think their mindset did not let them lose.”

“Our hitting was better,” Smith said. “Our defense would not let balls drop. They hustled harder than I’ve seen them hustle.” 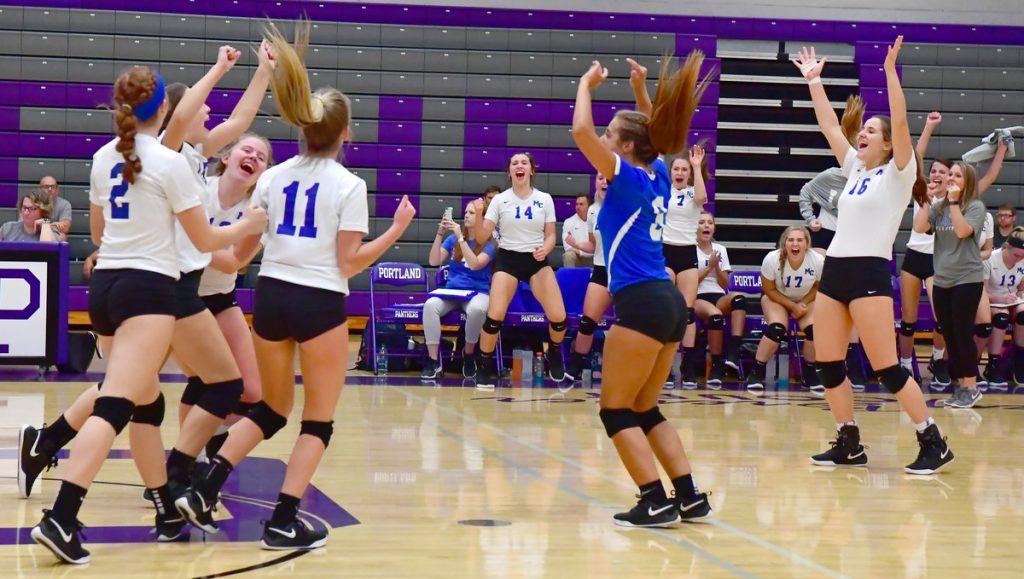