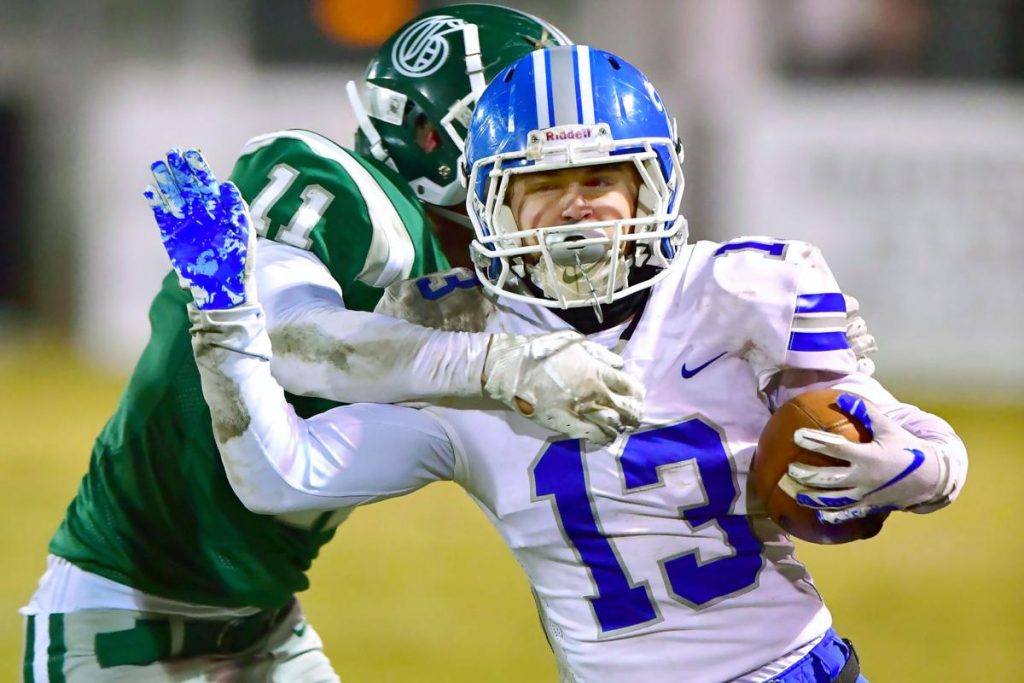 By K.J. Lauck for The Robertson County Connection | Photo by Phil Stauder

GREENBRIER – On the final, freezing night of the regular season, White House dominated rival Greenbrier 29-0 to close the year on a high note.

Neither team got going on their opening drives, but the Blue Devils (5-5) were set up with great field position on their second drive, getting the ball at the Greenbrier 21 after blocking a Bobcat punt. White House running back Ranen Blackburn scored a touchdown to give the Blue Devils a 7-0 lead.

It was a frustrating night for Greenbrier, as White House consistently pinned the Bobcats (2-8) deep in their own territory. Meanwhile, White House kept getting good field position.

“(White House) did a good job of turning the field position on us, and they were able to take advantage of that,” Greenbrier coach John Elmore said.

Greenbrier tried to get senior Reagan Conquest going, but he rushed for just 29 yards on seven carries. He was closing in on 1,000 yards coming into the game. Instead, junior Izik Rector carried the ball for 79 yards on 12 attempts, and he helped Greenbrier keep several drives alive.

“(Izik) was running well, so we were going by feel and we went with him,” Elmore said.

On this drive, it was mostly Blackburn, but he had help from sophomore running back Montrel Black and senior wide receiver Skylar Holcomb. After a personal foul on Greenbrier, the Blue Devils had the ball at the five-yard line. Black tried to punch it in on back-to-back plays, but it was Holcomb who scored on a Wildcat play to put White House up 14-0 going into the half.

Blackburn also showed off his arm, throwing for a 35-yard touchdown in the third quarter. After the score, the Blue Devils went for two to take a 22-0 lead. White House tacked on one more TD midway through the fourth to make the final margin 29-0.

This game is one of the oldest rivalries in the state, and the passion from both teams showed. Greenbrier and White House have played every season since 1947.

Even though the game had no playoff implications, it had the intensity of one that did. Seven unsportsmanlike conduct penalties were assessed, including six after one play in the fourth quarter.

Three White House players were ejected from the game. There was also extracurricular talking and shoving during the postgame handshake. The players had to be separated by coaches and security.