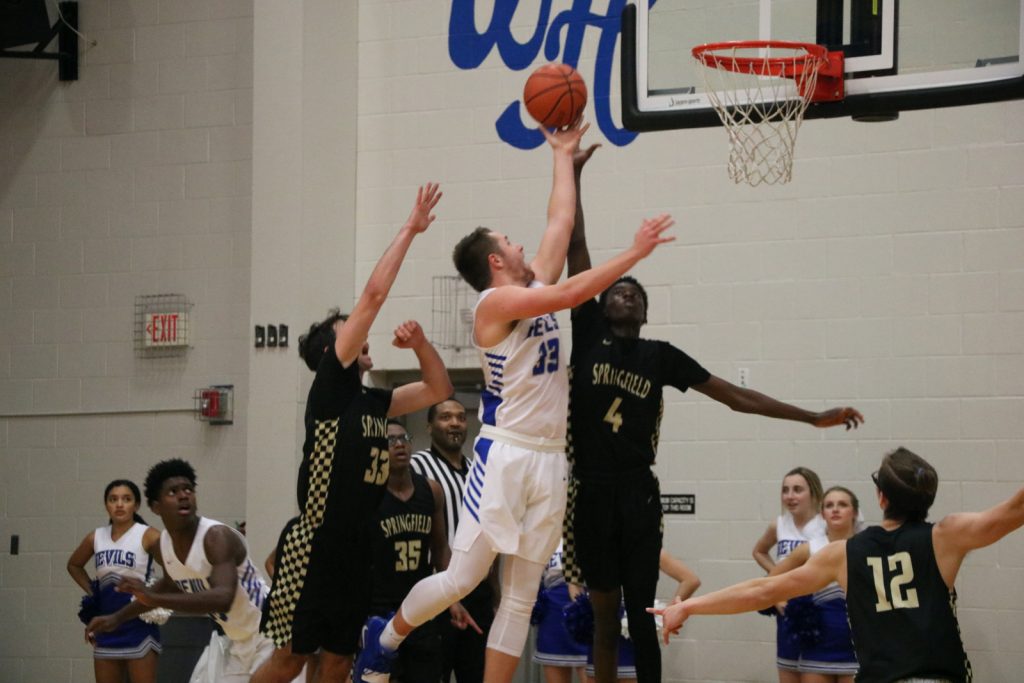 WHITE HOUSE – Six games into the season, White House was searching for that one finishing moment to climb the hill to the first victory.

Eight minutes into the game, they found it.

Senior Jacob McDonald had a double-double with 22 points and 10 assists, and senior post Durstin Adams scored 25 points as White House jumped out to a 25-6 lead and never looked back in a 78-65 win over Springfield. The Yellow Jackets dropped to 1-4 and White House improved to 1-5, having lost five close games to primarily higher classification teams.

White House hit nine three-pointers and McDonald had four of them in the first half. He is now averaging double digits in points and over seven assists per game.

The Devils led 46-29 at the break, but Springfield made a furious rally to cut it to six points in the third quarter. Junior center Savion Scott led the Yellow Jackets with 33 points for the game.

“We have played some great teams this year to start off and coach wanted to prepare us for later in the year,” said Adams, who leads the team with a 23.5 point average. “Tonight was a good win. We played well as a team and got off to a good start.”

But leading 58-51 in the third, White House emerged out of a timeout and found a wide-open Harrison Autman-Springer under the basket for a layup. The senior had 11 points, all in the second. White House also got 15 points from senior guard Evan Webster, who cashed in a trio of threes in the first half.

“They made a run in the second half, and we kept our composure and adjusted to it,” Adams said. “Scott played rough and was my toughest matchup of the year. I liked playing against him. This was a good test.

“Early in the season there were times when we didn’t care of the ball all four quarters and tonight we did that.”

White House heads to East Robertson on Tuesday night. The Indians are a lower classification team but with young and talented athletes have proven to be a solid matchup for White House. 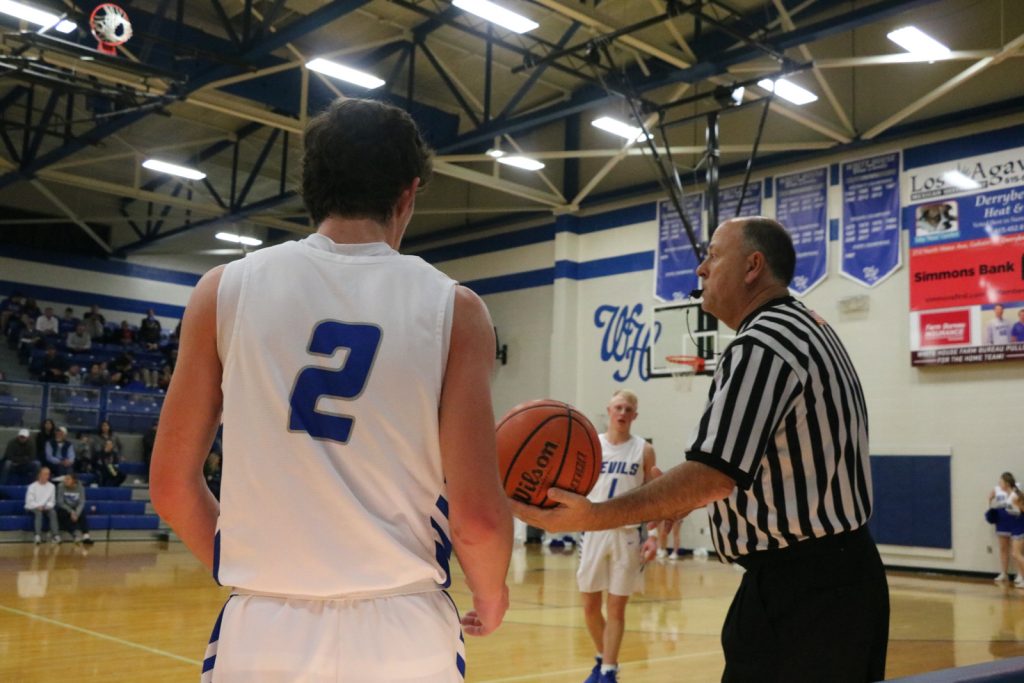