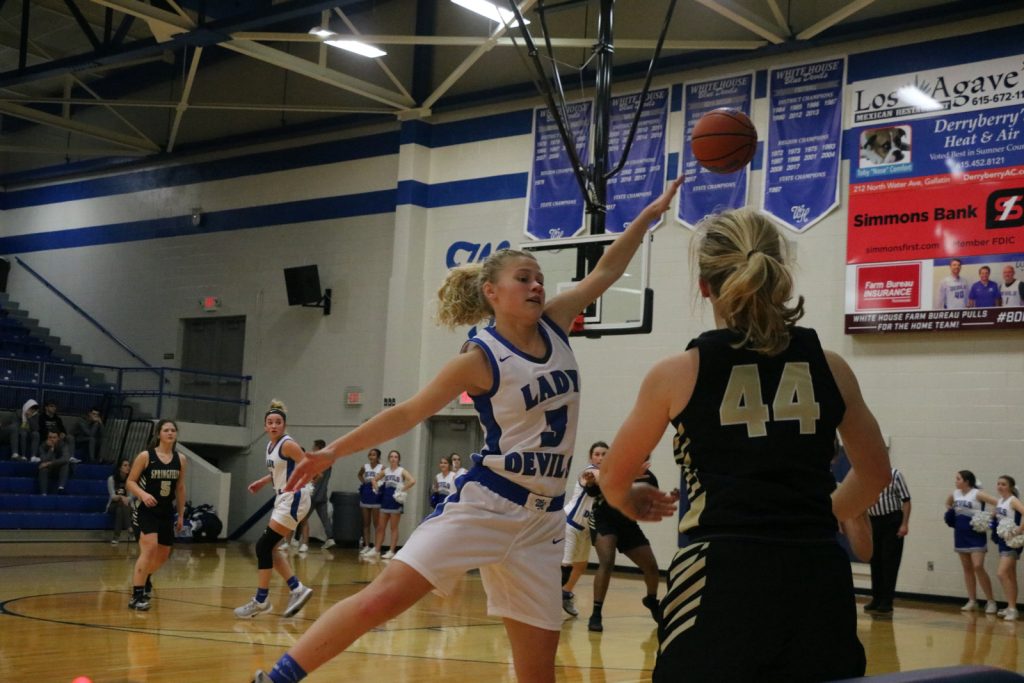 WHITE HOUSE – A mixture of experience and youth proved to be the winning formula for White House on Monday night in a thrilling, 71-67 win over Springfield in the home opener.

The Lady Devils got 17 points from freshman Avery Droz and 15 from senior forward Emma Wall to rally and close out their second win of the season. White House (2-2) avenged a pair of losses to the Yellow Jackets from last season, and was clutch at the free throw line to ice the game away.

Dee Miles came off the bench for Springfield and scored 20 points, but a drive to the basket by sophomore Faithe Johnstone in the fourth quarter sent her to the bench for good with a fifth foul. Johnstone, coming off a solid game at Portland where the foul shots wouldn’t find the basket, this time was 8-of-12 at the stripe and scored 10 points in the game.

White House, hovering near 50 percent for the season at the line, improved that number drastically with 26-of-34 foul shots successful in the game. Springfield was 12-of-20 at the line.

“In the first half, it was kind of getting into the groove of things and we struggled a bit with fouls,” Wall said. “One of the things we talked about in the locker room was taking it right to her (Miles) in the second half and I think it was Faithe that got the big call for her fifth foul, And we hit a lot more free throws tonight and that was a big improvement.”

The Yellow Jackets did not help themselves with four players in significant foul trouble, and a pair of double fouls resulting in a whistle on the floor and a technical foul to follow both times.

The most critical came at the end of the first half.

Trailing 32-27 with 1:04 to go, White House got a transition three-pointer by Droz off the rebound to cut the lead to 32-30. Then after another Springfield miss, White House got foul shots from Johnstone to tie the game and then a technical free throw by Bailey Newman gave the hosts a 33-32 lead. With Springfield claiming the ball after a turnover with seven seconds to play, White House stole the inbound pass and connected at the buzzer by Johnstone for a 35-32 lead.

Again, a critical technical in the fourth quarter put White House back in command.

“It’s a tough job for someone as young as Avery to come in when Baylee is in foul trouble and play as well as she did,” Wall said.

Junior post Sarah Cartwright was poised for White House, scoring eight of her 11 points on long-distance jump shots. Senior Baylee Miller played well defensively but had to sit a large portion of the second half with four fouls and finished with six points. Ragan Anderson scored four, Newman and Danielle Williams three each, and Chloe Hart two.

Elizabeth Funk added 19 points for the Lady Jackets, followed by Caroline Watts with 11. She hit her first three from behind the arc but cooled off in the second half. Zee Reams had nine, Shamari Cantrell four, Katie Rhodes two and Olivia Tejeda two.

“It really all comes down to conditioning,” Wall added. “We have to go home, rest up and be ready for tomorrow.” 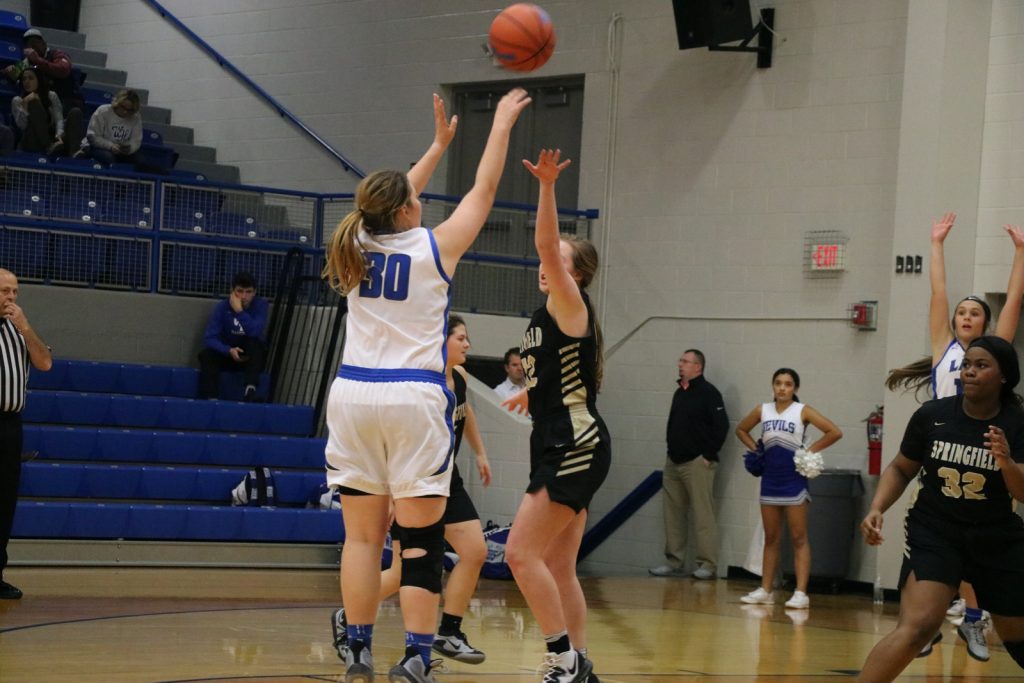