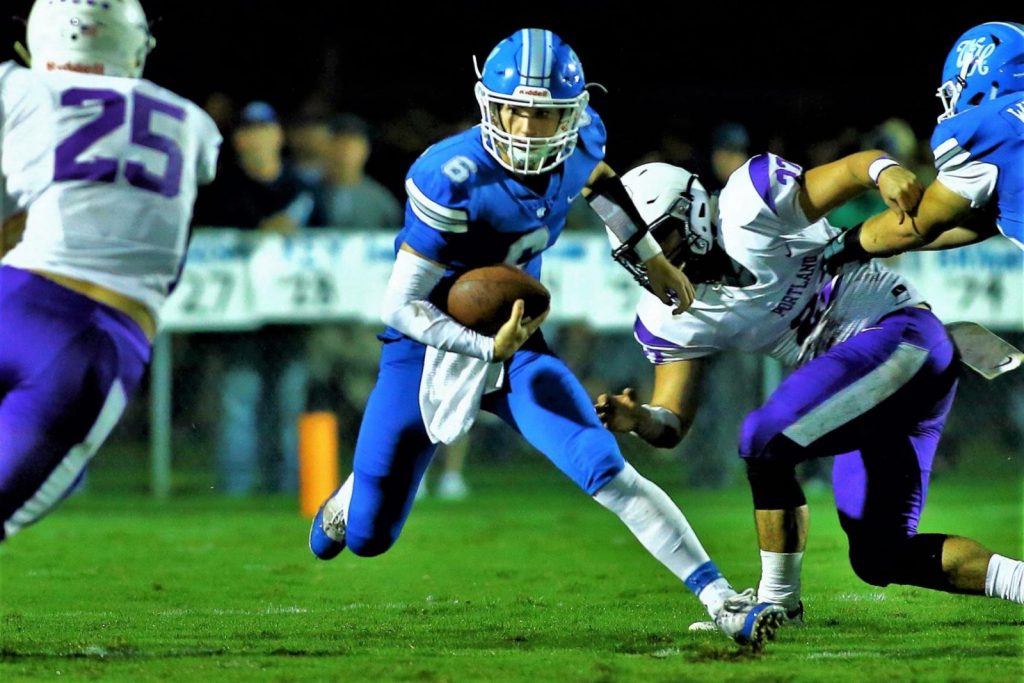 Andrew Nixon is hoping the second time is the charm for his college decision.

The former White House High School quarterback is transferring to Lindsey Wilson College and will report to the school on Jan. 10. He spent the 2019 season at Cincinnati Christian University, which shut down at the end of the fall semester.

“I feel like it’s the place where I’m best set up to be successful,” he said. “Being 1.5 hours away (from home) and being part of an established program – I think it will be a great fit for me.”

Nixon passed for 3,671 yards and 38 touchdowns in his three seasons as the White House starter. Despite those numbers, he initially decided to focus on academics full-time. However, Nixon changed his mind last spring and reopened his recruitment.

He landed with CCU in July and played in five games as a backup QB and punter. His freshman campaign was cut short in late October when CCU announced its intention to shut down, citing $5.8 million in mortgage debt and being on the verge of losing accreditation from the Higher Learning Commission.

Nixon finished his exams and left CCU in early December. Since then, he has been training with Omar Edwards at MADE Fitness in Nashville to stay in shape while weighing his transfer options.

Union (Ky.), Lyon (Ark.), and Culver-Stockton (Mo.) were among his other choices, but Nixon had more familiarity with Lindsey Wilson. The Blue Raiders recruited him out of high school and his cousin, former Mt. Juliet lineman Ronnie Kramer, currently plays for the team.

“I had my mind set on Lindsey Wilson,” Nixon said. “They recruited me out of high school, and I really liked it there. I started talking to (Lindsey Wilson coach Chris Oliver) again after the announcement of the (CCU) closing. He said he was still interested.”

Nixon is eligible immediately and has three seasons to play at Lindsey Wilson. He may initially see time at wide receiver or defensive back because the Blue Raiders are returning NAIA All-American senior QB Cameron Dukes next season.

“He’s by far one of the best QBs I’ve seen in NAIA football,” Nixon said of Dukes. “Coach (Oliver) said he is bringing me in not only as a quarterback but also as an athlete. If they need me to play somewhere else, I’ll be more than willing to play anything.”