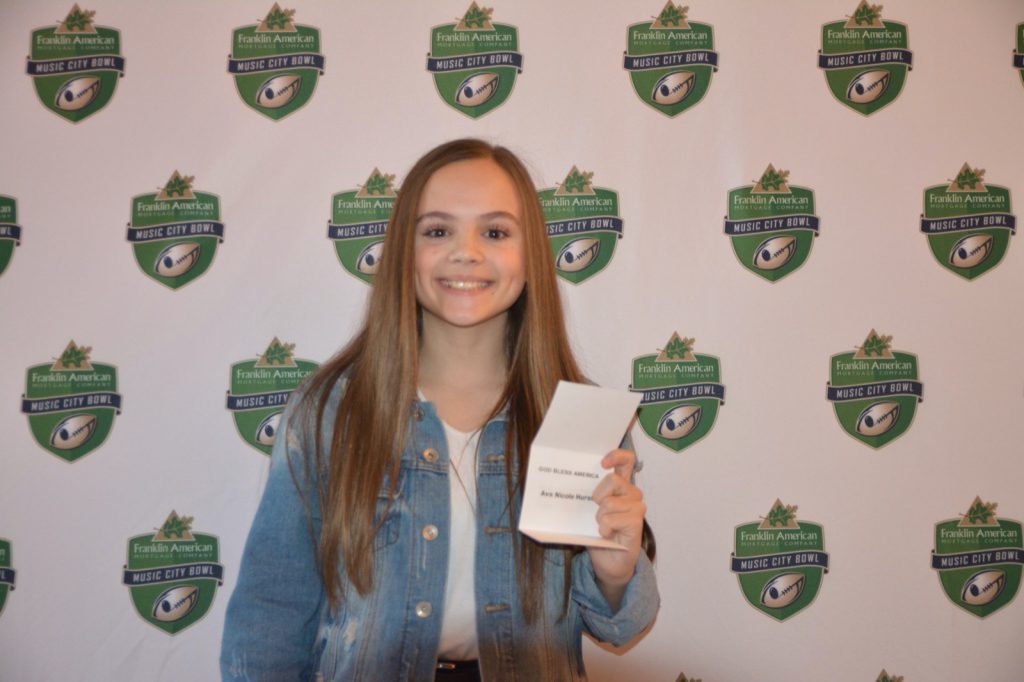 Ava Nicole will perform God Bless America at the 22nd annual bowl game which features Mississippi State of the Southeastern Conference and Louisville of the Atlantic Coast Conference. Kickoff is at 3 p.m., and she will be one of two acts representing Sumner County, as Hendersonville group Rockland Road will sing the national anthem. 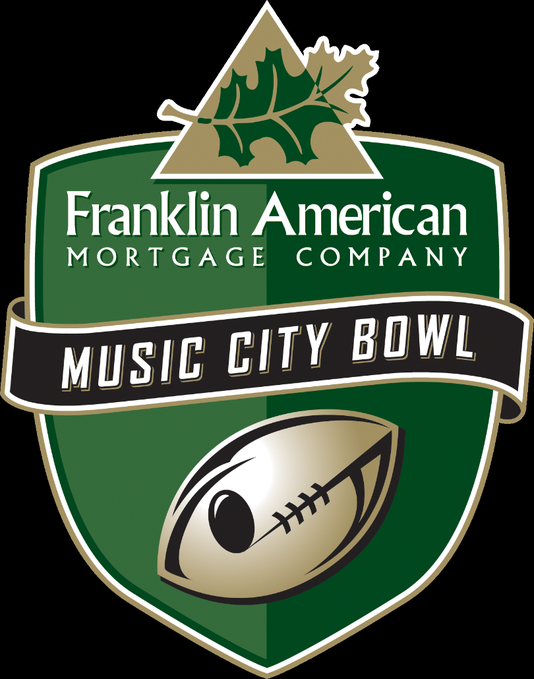 Officially, Ava Nicole and Rockland Road are the Synovus Voice of the Bowl after winning a final audition round on Nov. 16 at Blake Shelton’s Ole Red restaurant in Nashville. There were five finalists in each category and the event was carried on Facebook Live with host Mickey Ryan, of 104.5 the Zone in Nashville.

“We heard about this originally from a co-worker of mine,” said Ava’s father Jason Hurst. “He knew she sang, and forwarded me the article where they were searching for people to audition. We are so very proud of Ava and thankful for this amazing opportunity for her to experience.”

Singing to open big events is no stranger to Ava Nicole, who has performed the national anthem at numerous venues in this area, including the Nashville Sounds of MiLB, FedEx Forum for the Memphis Grizzlies, Memorial Gym and Dudley Field for the Vanderbilt Commodores, and Bridgestone Arena to open the 2019 Southeastern Conference basketball tournament.

“She’s been singing and performing since she was able to walk and talk,” Jason and Trina Hurst said. “Growing up, her favorite toy was a microphone and she enjoyed putting on shows for family and friends.”

She got her start in Lubbock, Texas, at 8-years-old where she began training and performing vocally. She and her family, along with parents and brother Trey, moved to the Nashville area in June 2017. She’s well known in her home of White House, singing at schools, churches and chamber of commerce events inside and outside the city.

As her vocal talents have grown, she has expanded from singing the anthem and special events to a full repertoire of music genres, including being a part of the worship team at Revolution Church in White House. She was a headline act for the 2019 Americana Celebration in White House, which was unfortunately postponed due to severe weather. Her church instead opened the stage and hosted the full set of country, pop and worship songs in front of the congregation the next day.

“We are so excited to see Ava continue to grow in her talent, and it’s always a joy to see her as a part of our team,” said Kris Freeman, pastor of Revolution Church in White House. “I remember the first time I heard her sing – to do the national anthem for a White House High School basketball game. 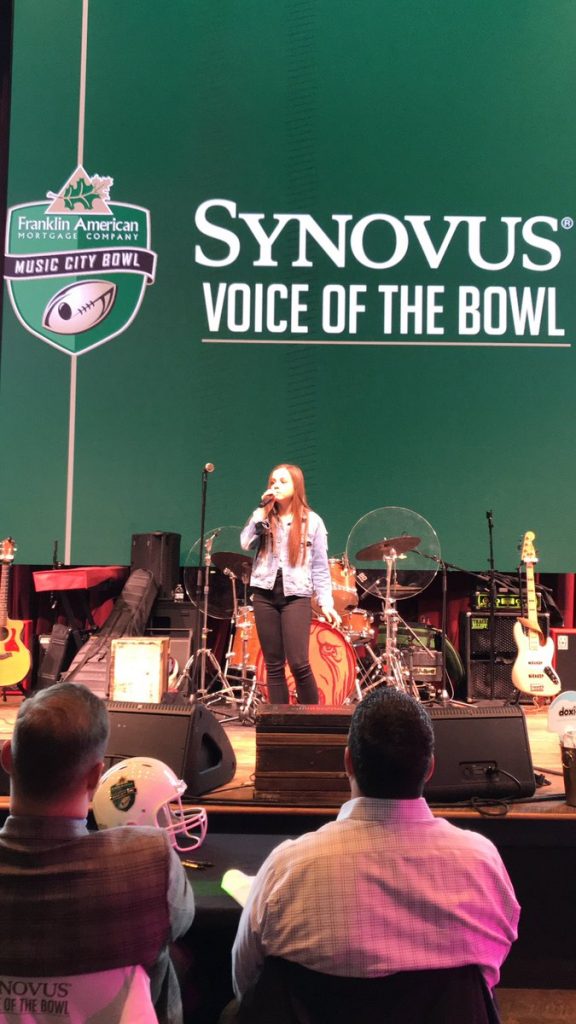 “Former WHHS principal Scott Langford said ‘we have a special guest tonight’ and some random person whom I have never met before walked by and said ‘you might want to record this.’ The next day, I was at Memorial Gym for Vanderbilt basketball and got to hear her again.

“She was incredible and has just continued to get better and better and we are so proud of her.”

Ava’s support from her community grows each passing week, as teachers, friends, school officials and people the Hursts have met around the country continue to share her performances through social media.

A helpful tool is her YouTube channel, where her family shares her experiences, along with cover songs, church worship services, anthem performances and more.

She has over 35 videos including minor league basketball, pro and college basketball, churches and even the simple cover with Ava sitting at home with a microphone on her own recording devices.

The Music City Bowl will air at 3 p.m. on ESPN on Monday, Dec. 30. It is unknown whether the Voice of the Bowl will be televised, however a video of her performance will be available on her YouTube channel soon after the event. 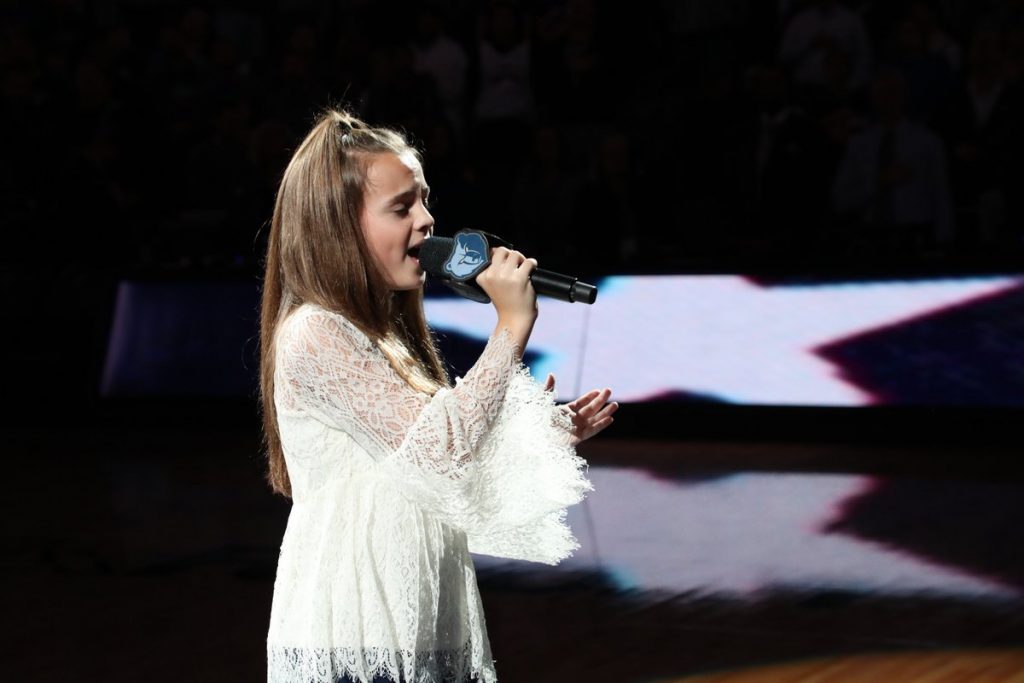 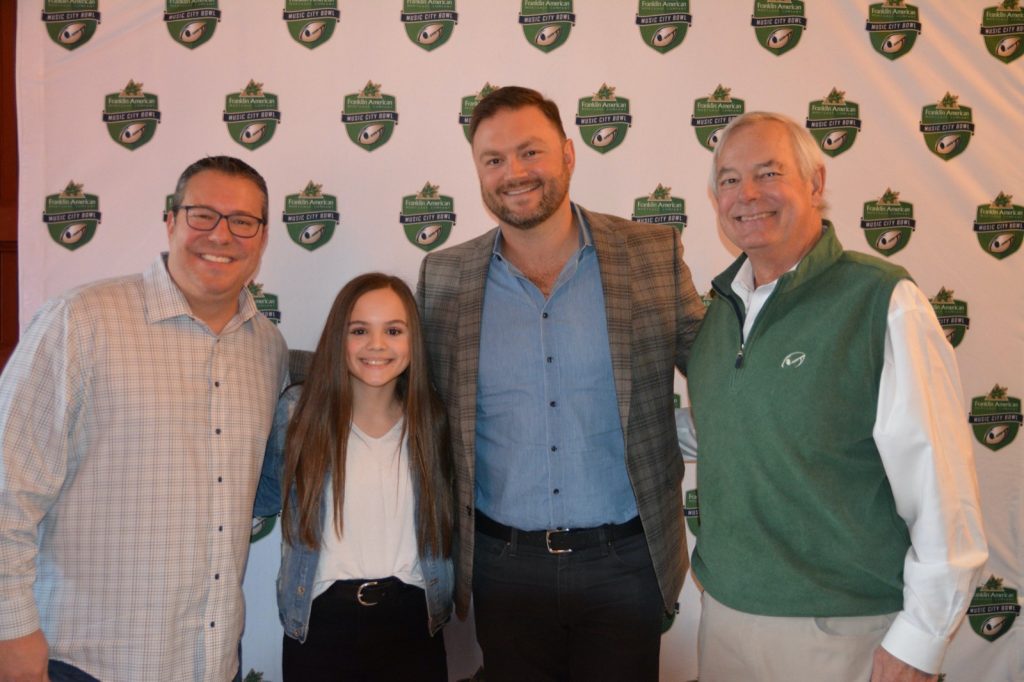 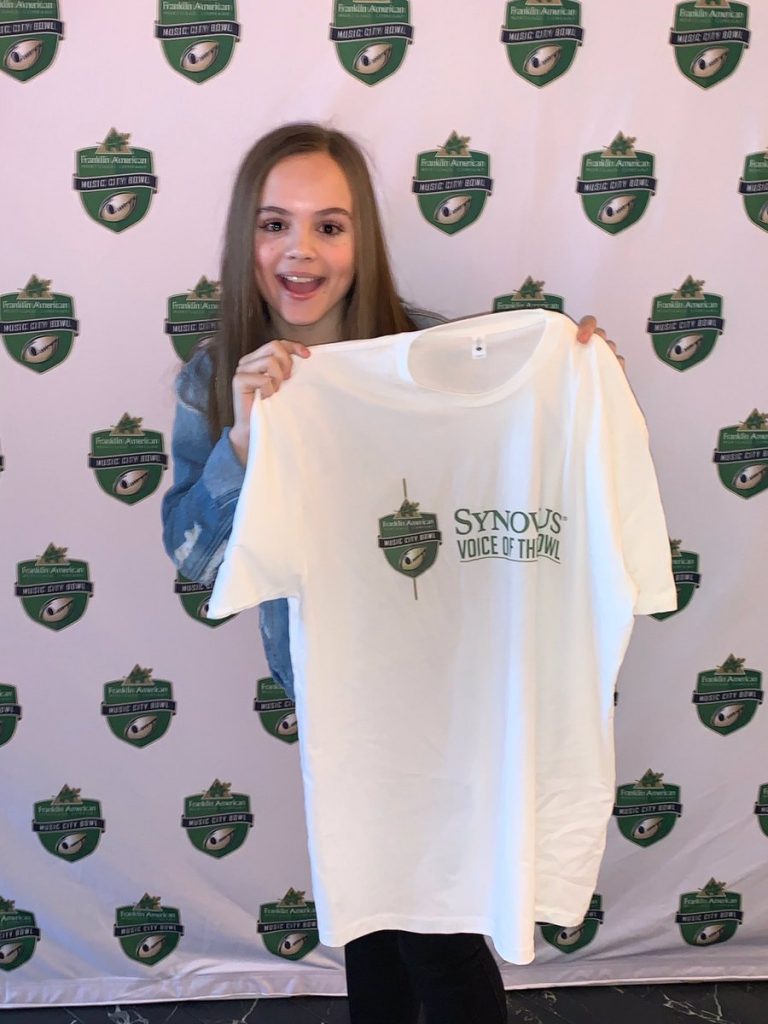