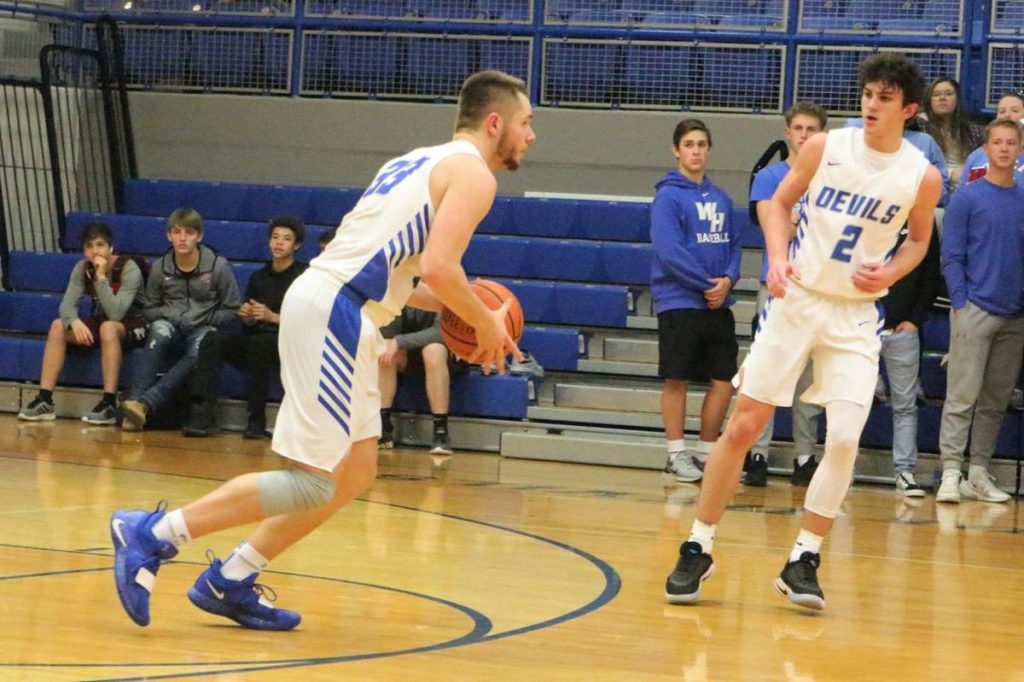 The Blue Devils (3-13) also went 12-of-19 on three-point attempts. White House has now won two in a row after beating Nolensville 66-61 in the seventh-place game of the Middle Tennessee Invitational at Franklin High School on Monday, Dec. 30.

Harrison Autman-Springer scored 11 against Cheatham County, while Jacob McDonald added 10. Logan Neufeld, Nathan Bowman and Evan Webster each finished with six points – all of which came from shots beyond the arc.

In the Nolensville win, Adams also led the way with 24 points on 10-of-14 shooting. McDonald scored 19 with a trio of three-point makes. Autman-Springer also finished in double figures with 13.

Meanwhile, the White House girls team fell to Cheatham County 53-50. The Lady Devils trailed by as many as 16 but were not able to complete their comeback attempt.

White House went 1-1 in the Zaxby’s Christmas Classic at Goodpasture over winter break. The Lady Devils (5-5) lost to Evangelical Christian 50-45 on Dec. 28 before topping Hunters Lane 54-40 on Dec. 30.