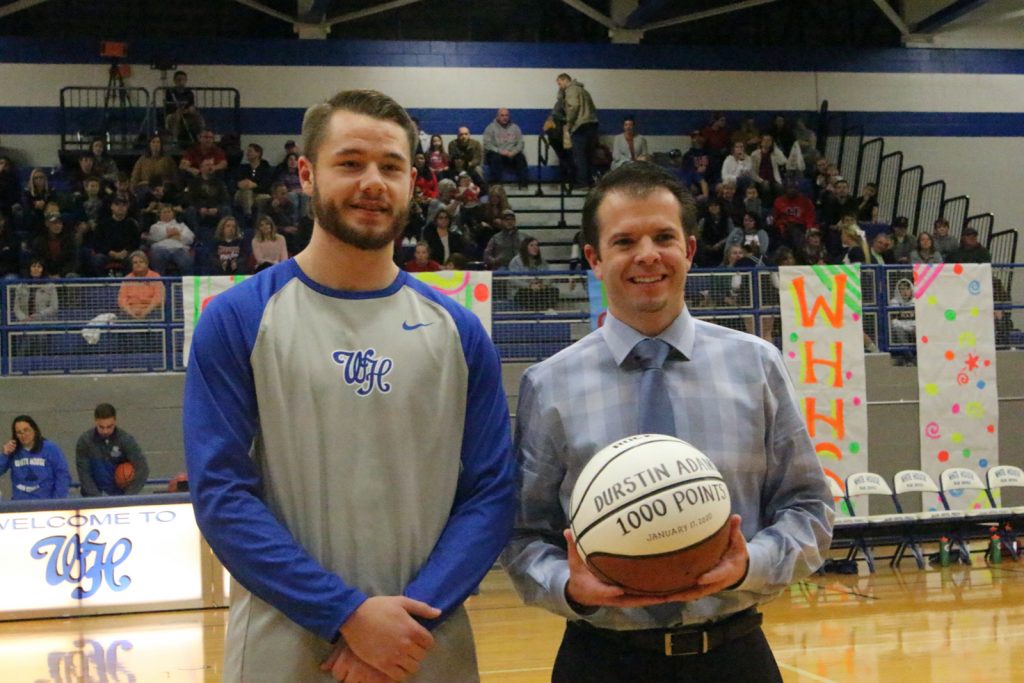 He is 5th all-time in the scoring list, passing Bruce Minnick during Friday night’s game. He is 95 points behind fourth place Steven Jamison.

He was honored Friday night at halftime of the girls game with a commemorative ball by head coach Caleb Cook and the basketball program. Adams, who is the team’s leading scorer averaging 18.6 points per game and over five rebounds, scored 20 points against White House Heritage as the Blue Devils won for their sixth time in eight District 9-AA games.

“Durstin has overcome many injuries throughout his high school career,” said White House head coach Caleb Cook. “I’m happy for him to be able to join the 1,000 point club here at White House High School.

“He plays the game the right way and has really developed into a leader on and off the floor for us! I’ve been blessed to have the opportunity to coach him these past two years.”

The last member of the 1,000-point club was Jared Ward, a 2019 graduate who went on to play at Volunteer State. Octavian Arnold also reached that milestone last year, but his first three years came at Gallatin High School before transferring to White House for the 2019 season. 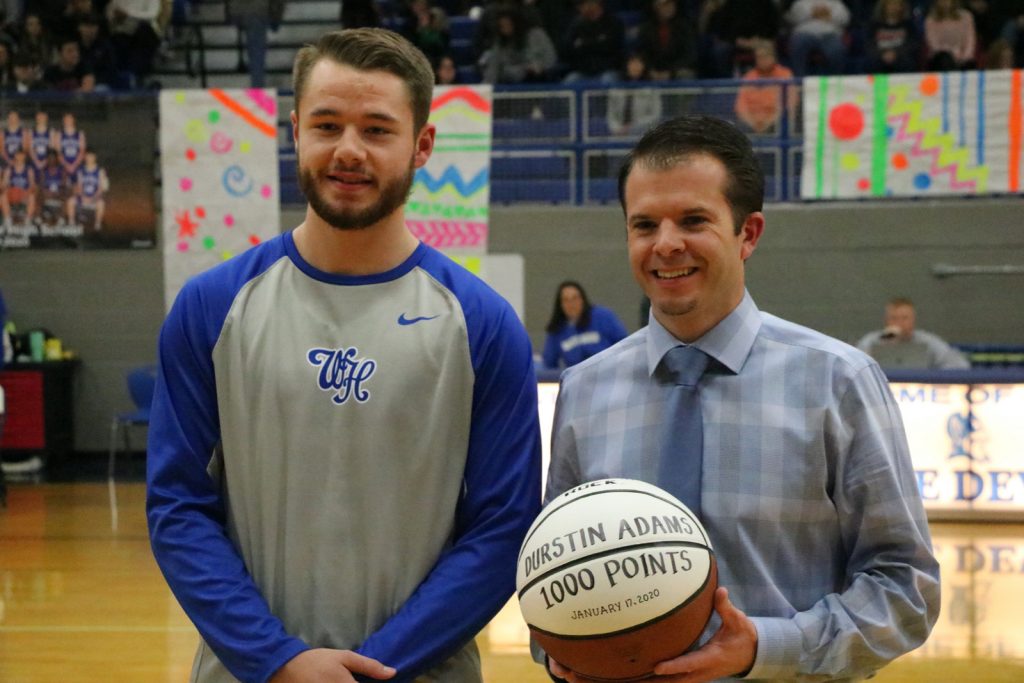 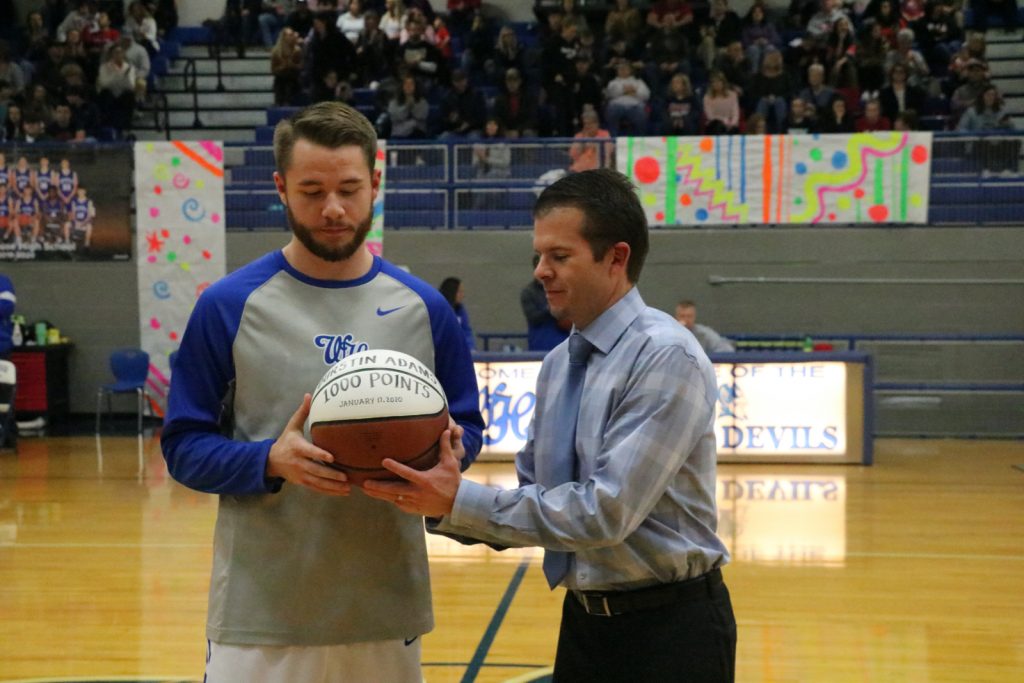 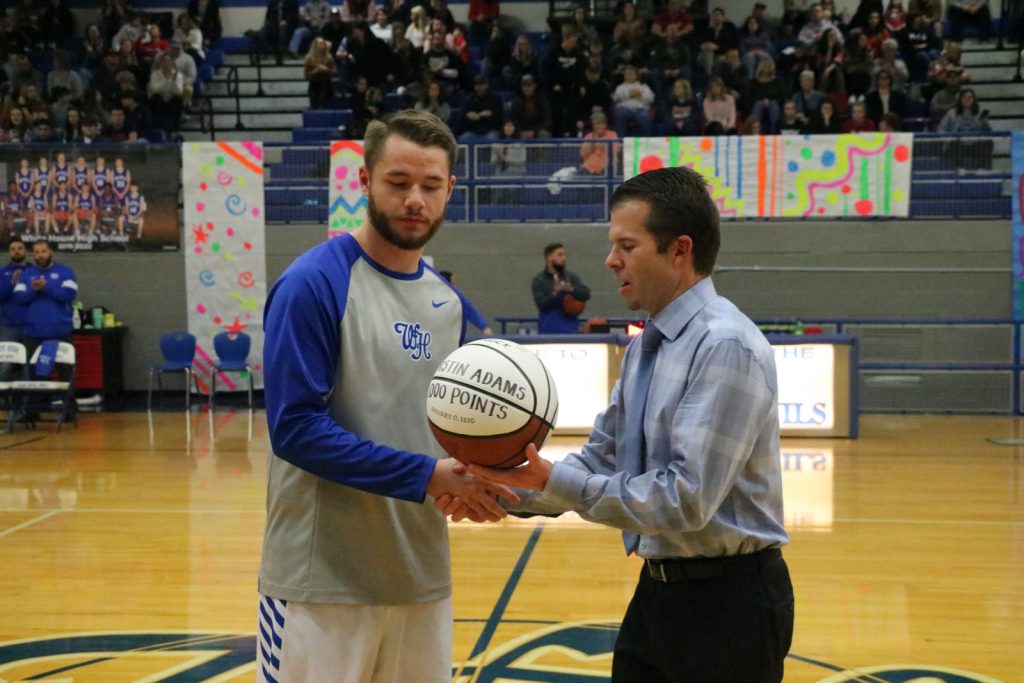 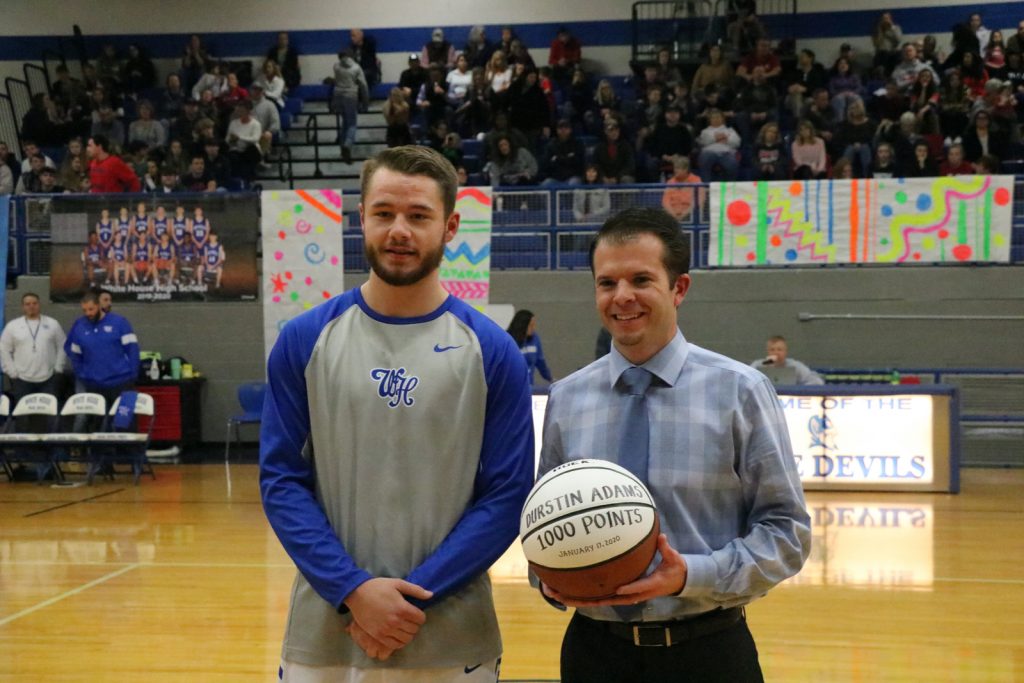 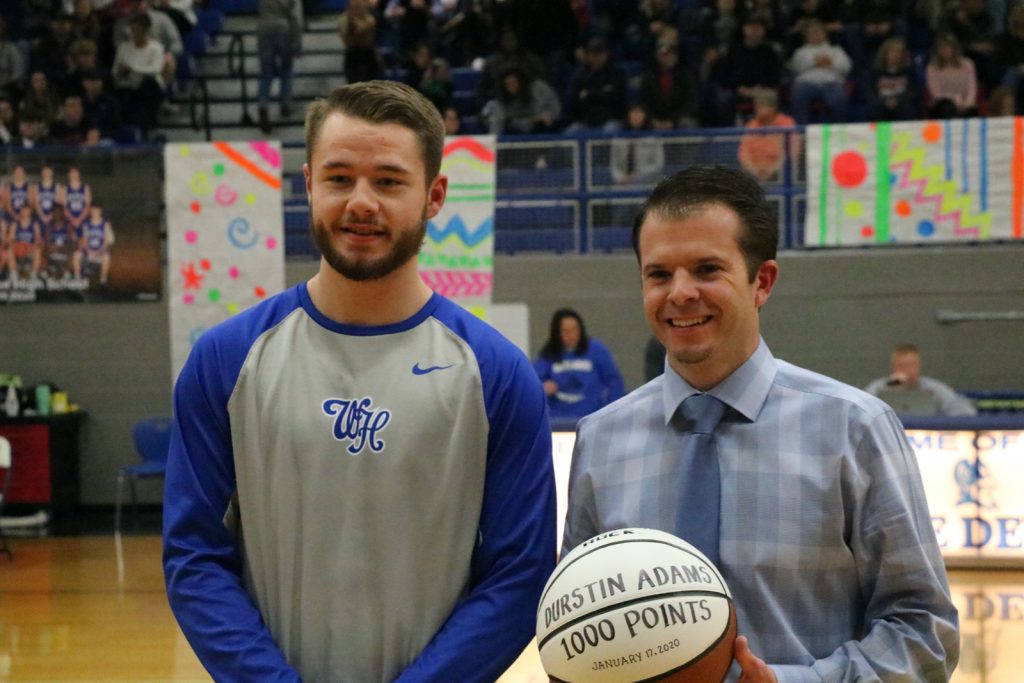 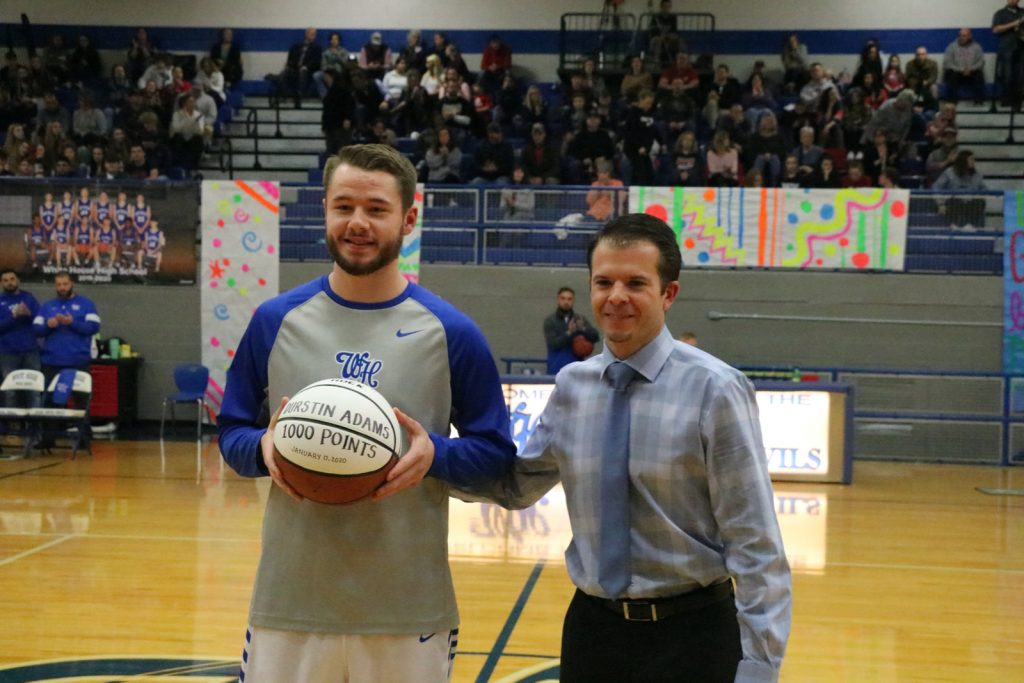 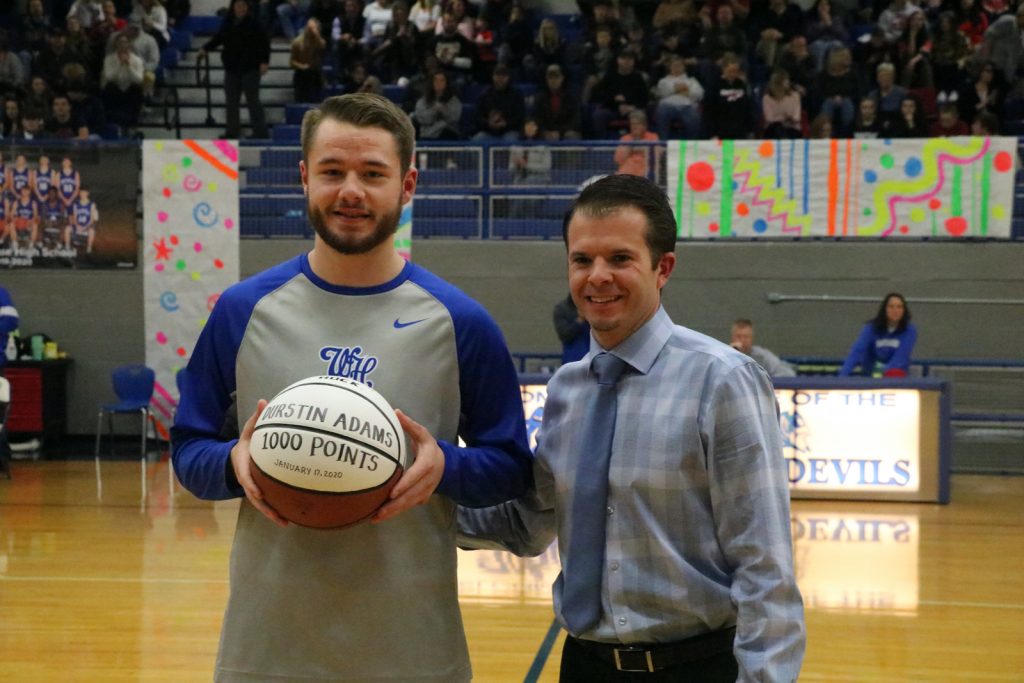 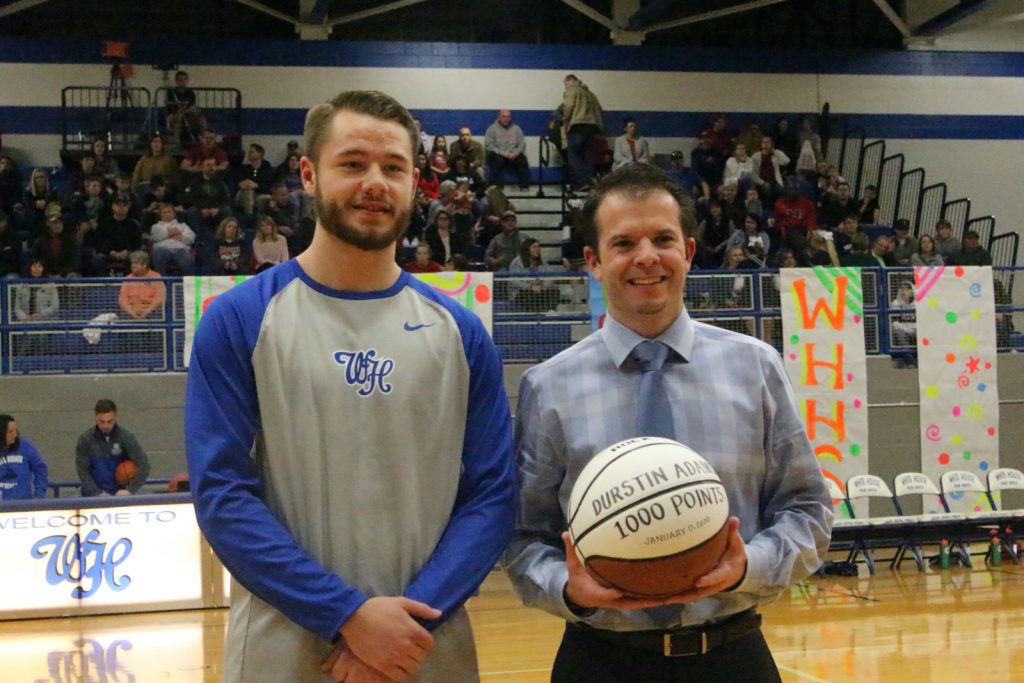