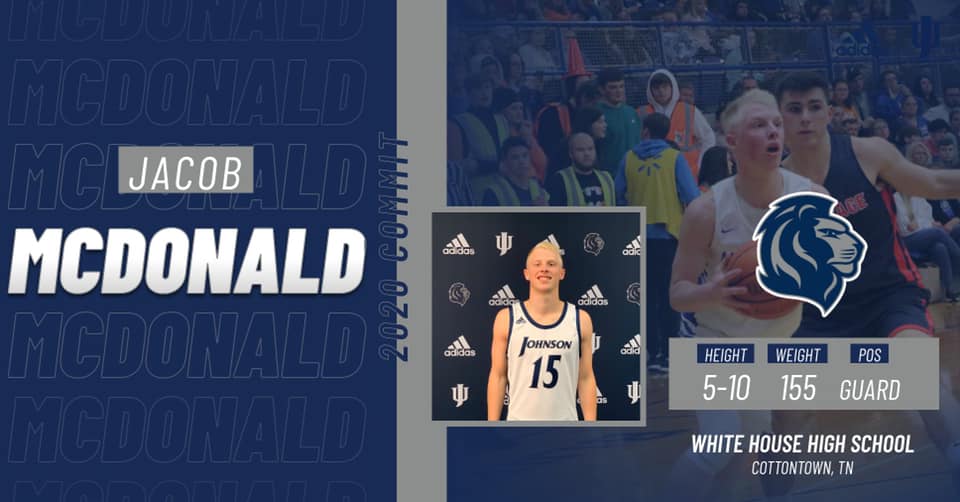 McDonald, who is one of the midstate leaders in assists per game for the Blue Devils, has helped White House to an 8-2 record in District 9-AA and just one game behind leader Sycamore for the top spot. White House started the season 1-13 against tough competition and has rebounded its way into a contender spot heading toward the postseason.

McDonald is one of seven seniors and second on the team at 10.3 points per game and also snags 3.0 rebounds. He is a 40 percent shooter from the field, 35 percent shooter from three and 71 percent at the line. His assist to turnover ratio is 2.21 and he has more assists (155) than fouls and turnovers combined (141).

Johnson University is a member of the NCCAA and has 11 sports combined for men’s and women’s. The Royals are 16-10 overall and play games against teams like Maryville College, Welch College, Asbury, Bob Jones University and Sewanee.