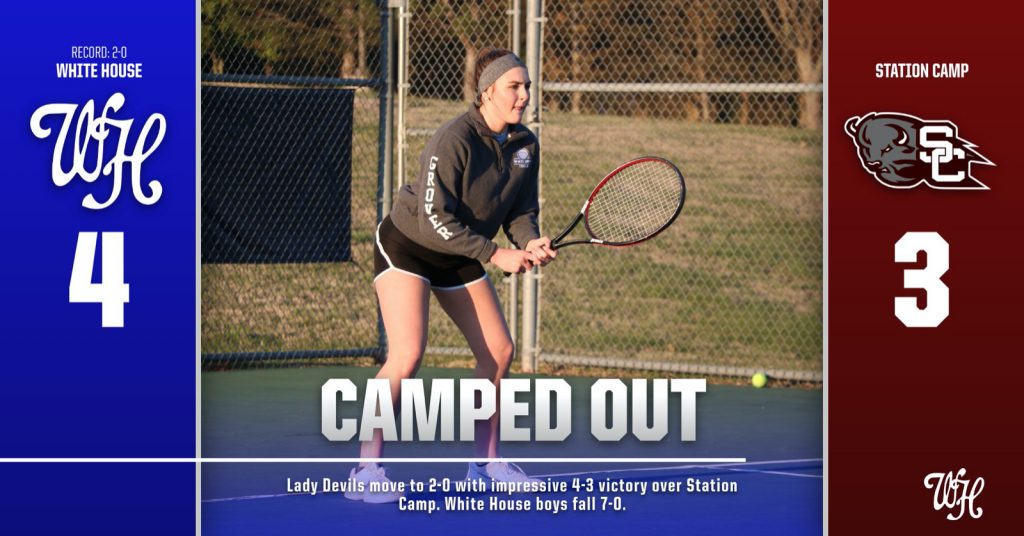 HENDERSONVILLE – The White House girls tennis team moved to 2-0 in two days for the 2020 season with a 4-3 victory over Station Camp on Tuesday at Memorial Park in Hendersonville.

In boys action, White House was shut out by the Bison.

White House is 1-1 in boys matches.

The teams play Thursday at Hendersonville.