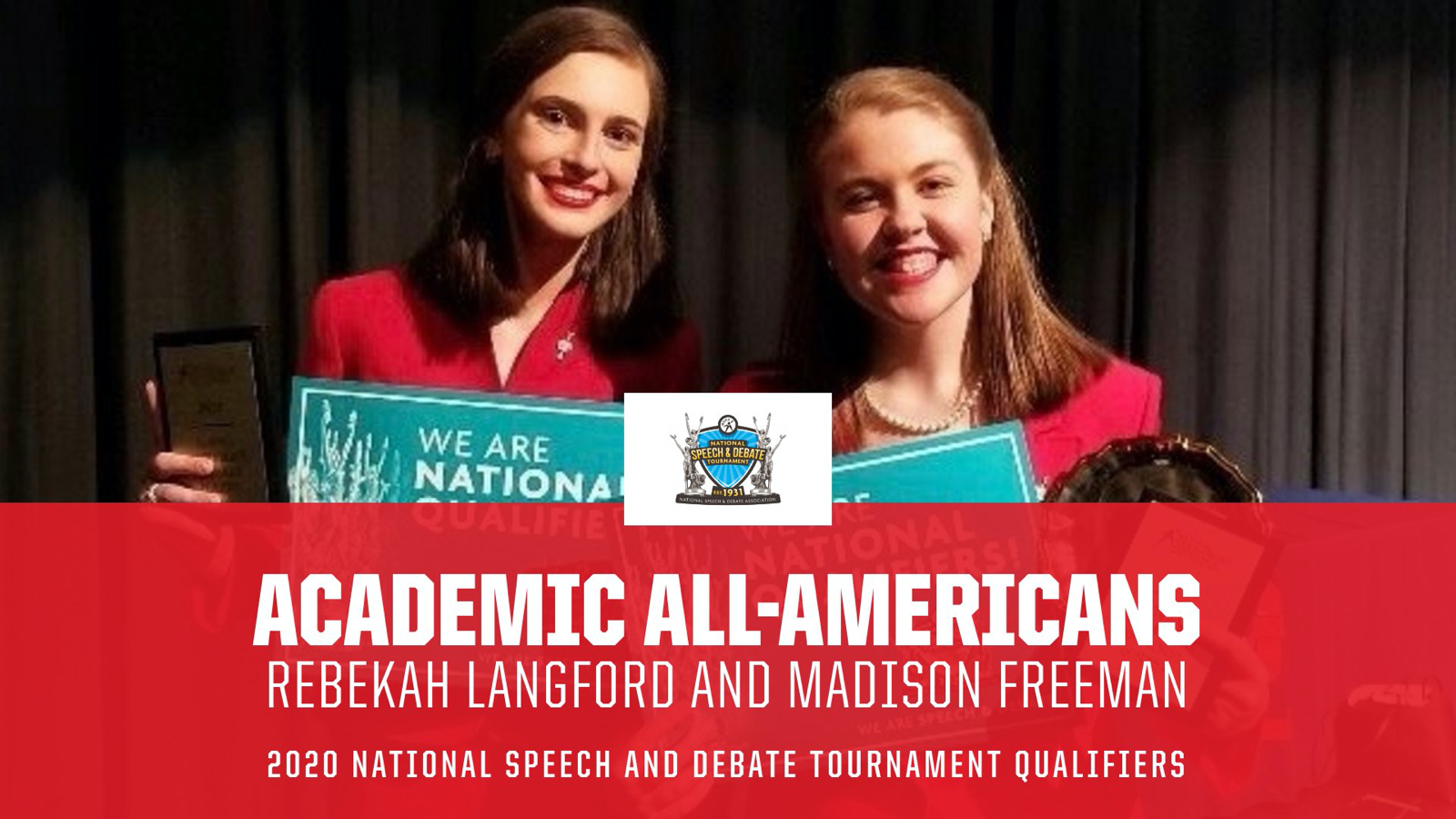 The Academic All-American award is presented to students with 750 speech points, that also completed at least five semesters of high school, demonstrated outstanding character and leadership, and earned the equivalent of a 3,7 GPA on a 4.0 scale. Students with a 3.5-3.7 GPA can qualify with an ACT score of 27 or higher or an SAT score of 1300 or higher. Langford and Freeman qualified on all requirements and were selected and both currently have a career 4.0 GPA at WHHS.

“Only two percent of all NSDA members receive this prestigious award, so for Madison and Rebekah to accomplish this feat as juniors is truly impressive,” said White House High School teacher and speech coach Emily Higdon.

The pair qualified for the 2020 National Speech and Debate Association Tournament to be held in Albuquerque, NM, in June.

“As a coach, I am incredibly proud of these young ladies. They set goals and work tirelessly to achieve them,” Higdon said. “Perhaps most impressive, is that they understand that it is about more than winning. They understand that the NSDA provides them with a platform for making their voices heard. The importance of this opportunity is not lost on them.

“Each time they perform, they embrace it – spreading hope, courage, knowledge, insight, and new perspectives to all who have the pleasure to listen to speak.”

Because of changes to the schedule due to the COVID-19 crisis, the national tournament will now be held online in June. Qualifiers will still compete for the national title in their respective categories, but speeches will pre-recorded online and submitted for judging.

Langford and Freeman compete in separate events, but have multiple first place finishes in local and national tournaments this year.

Freeman and Langford both finished the national quarterfinals and semifinals at Emory University in January in their respective events.