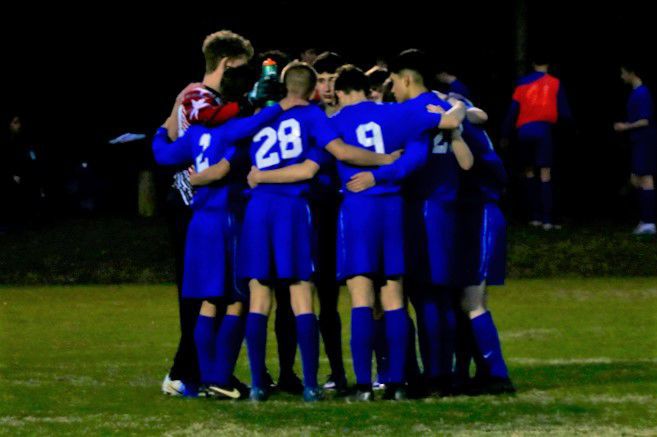 High school sports were one of many activities interrupted by the coronavirus pandemic.

Spring sports seniors had their careers end abruptly, without an opportunity to enjoy typical end-of-year tournaments and banquets that bring closure to the high school athletic experience.

The Connection will recognize these seniors from six schools – East Robertson, Greenbrier, Jo Byrns, Springfield, White House and White House Heritage – throughout the months of May and June.

This week, the names of each area soccer senior, along with their position, post-HS plans and thoughts from their respective head coaches are listed below. Note: Jo Byrns has a co-op with Springfield for boys soccer.

Nate Bussey, F: Get his HVAC license and join the workforce.

Coach’s quote: “Nate has played for ERHS since 8th grade. There are not a lot of players at ERHS that play their entire time here. His season was cut short last year due to an ACL injury. At the time of his injury he was leading the team in goals. Nate grew up and became a valuable part of the team’s offense. His mental and physical toughness are not easy to come by in a player these days, and I am proud of the strides he made late in his career. He was always good for a laugh when I needed it. I wish him the best.” – Todd Evilcizer

Caleb Boss, MID: Attend the University of Alabama in Huntsville to major in computer science with a focus in entertainment computing.

Coach’s quote: “Caleb was a homeschool student and joined the team this season. His soccer experience was vast, having played rec and club growing up. He had tremendous skill and was extremely knowledgeable with how to play the game. He would always be the first to (help) the least experienced. It was a blessing to acquire him and two others in their senior years, (but) it was extremely sad for me as a coach not to see what he could bring to our season.” – Todd Evilcizer

Coach’s quote: “Coleman played football at ERHS and had soccer experience through missionary work growing up. He was a good teammate and was the first to compliment and praise anyone deserving. He was also the best athlete on the team, strength and speed wise. He, like some of my first-year seniors that joined, was no doubt going to make some noise on the pitch. It saddens me it ended the way it did, because of his love and eagerness to be better each day.” – Todd Evilcizer

Coach’s quote: “As many know, Darion was a basketball star at ERHS, with a 1,000-point career and state championship appearance this year. Sadly, he was unable to compete in the state tournament and play soccer for ERHS. Every year he kept telling me he was joining the team and finally did. I absolutely know his speed, coordination and athleticism would have made noise up here as well. I wish him all the best and appreciated him for giving soccer a chance.” – Todd Evilcizer

Coach’s quote: “Rodrigo joined his sophomore year, and by the time his junior year came about, his work ethic had put him as a starter and a force in the defense. He was tough in a good way toward teammates, striving for them to best their best. His play elevated those around him, and he loved his team as much or more than any player I have seen in the 14 years I’ve been here. What little he played this season showed me he was the leader in our defense, which was our strongest unit this year. It was tough on all seniors for things to end the way they did, but I believe it crushed him most to not be able to play his final year.” – Todd Evilcizer

Roger Romines, Manager: Will continue his schooling in Smyrna.

Coach’s quote: “Roger was a longtime manager for the boys and girls soccer teams. In my mind, he is the best manager anyone could have. With the trials he faced in life, there were no excuses for players on these teams not to better themselves. His pregame messages were uplifting, and he demanded the best you could give no matter the day. He was truly an inspiration to me as a coach and helped keep me from stressing out when I needed it. I think ‘motivational coach’ fits him far better than manager. I am blessed to have had him by my side for so many seasons and there will now be a void, for when I turn around every practice or every game, he will no longer be next to me. But I know with his mindset he will succeed in whatever he chooses.” – Todd Evilcizer

Coach’s quote: “Paco was a great member of the team who had a knack for keeping the team’s mood light. He was great part of the defense who understood the game and could step in and play wherever was needed. It was Paco’s first year on the team and we were excited to have him.” – Zac DeFrancesca

Coach’s quote: “Brian was a leader from day one on the team who led by example. He was an awesome box-to-box midfielder who was just as dangerous in attack as he was supporting the defense. His role on the team was extended further than the field as he was an excellent role model in the classroom as well.” – Zac DeFrancesca

Coach’s quote: “David was a relentless worker and a great teammate. David could slide into any spot in defense and was constantly working to improve. David led by example and would help push the underclassmen every day.” – Zac DeFrancesca

Coach’s quote: “Jose has a quiet drive and was one of the most aggressive players on the team. It was his first year on the team, and he was determined to get better every minute of the season.” – Zac DeFrancesca

Coach’s quote: “Cesar was a fantastic asset to the spine of the team. His ability to organize the midfield and connect the backline to the attack was invaluable. His vision of the field made the team better and he was ready to drive the team to a successful 2020.” – Zac DeFrancesca

Coach’s quote: “Jared was a quiet yet key cog in the team. Jared could be asked to go play anywhere on the field and would be a calm, steadying influence. Jared has a fantastic work ethic and his drive will take him very far in life.” – Zac DeFrancesca

Coach’s quote: “Jener was an invaluable member of our defense. He was steady as a rock in the back and was more than capable to come up to help support the offense. He was primed for a great 2020.” – Zac DeFrancesca

Coach’s quote: “Jose had a great attitude and was a lot of fun to coach. It was also his first year on the team, and (he) acted as a great example to the underclassmen on and off the field.” – Zac DeFrancesca

Coach’s quote: “Anthony was a focal point in our attack because of his ability to pass and score. He had an absolute knack for scoring and was a threat anytime he got the ball. He had grown into a strong leader in 2020 and was ready to take the team a long way.” – Zac DeFrancesca

Coach’s quote: “Christian was an intense and steadying balance on the backline. His voice was one that his teammates always listened to and his actions were ones to be followed. His passion was infectious, and his leadership will be sorely missed.” – Zac DeFrancesca

Coach’s quote: “Jose has been a leader from day one, being a captain as a junior and a leader this year. His game-changing speed and intensity was a boost to the team. His desire to win pushed him time and time again to improve every day. 2020 was set up to be a big year for him.” – Zac DeFrancesca

Coach’s quote: “He played multiple positions for us during his career but became a starter on defense this year.” – Mark Lamberth

Coach’s quote: “He started and played defender last year and became our sweeper this year.  Had a nice start to the season with wins over Rossview and Gallatin.” – Mark Lamberth

Coach’s quote: “My favorite memory for Michael (was) his goal against Westmoreland.  The team stormed to field! He’s a consummate team player.” – Mark Lamberth

Coach’s quote: “Isaac had his best year even if it was shortened because he worked very hard with the younger keepers. He learned leadership.” – Mark Lamberth

Coach’s quote: “Elian transferred here from STEM in Nashville. He was an excellent addition and fit in with his teammates immediately. We had instant chemistry.” – Mark Lamberth

Coach’s quote: “Tanner truly exemplified our four pillars: commitment, attitude, work ethic and purpose. He was always early and ready to go to work, always put the team before himself, and win or lose, always found a way to grow from the experience. Thank you, Tanner, for being you and helping me understand what The H is all about!” – Mark Redferrin

Coach’s quote: “Gabe had a passion for the game unmatched by anyone. Gabe’s intensity and leadership will surely be missed, but his positivity and influence on those around him will carry on for years to come. Although we struggled to work out a pregame playlist, I will always be thankful to you for welcoming me in and embracing a new way of doing things. You will be sorely missed!” – Mark Redferrin

Coach’s quote: “Tanyon was a versatile player with a great attitude and willingness to help his team succeed. I will miss his determination, dedication and character on and off the field, but I know great things lie ahead for him. Thank you, Tanyon, for all your help this past year on and off the field!” – Mark Redferrin

Coach’s quote: “Omar is a uniquely talented player with great instincts and a mind for the game. Omar’s calming presence and quiet leadership were intangibles that benefited our team immensely. Thank you, Omar, for being patient and flexible and for doing whatever needed to help your team succeed. I will miss you!” – Mark Redferrin

Coach’s quote: “Zana’s impact on our team culture and climate cannot be overstated. He always makes the people around him laugh but also taught everyone what dedication, hard work, sacrifice and commitment looks like.  Thank you, Zana, for making everyone around you a better player and a better person!” – Mark Redferrin

Coach’s quote: “Dyllan was a gritty player with a strong work ethic and passion for everything he did. Dyllan would not take no for an answer in his pursuit for improvement and demonstrated to everyone around him the meaning of the word persistence. Thank you, Dyllan, for going above and beyond to improve yourself and our team!” – Mark Redferrin