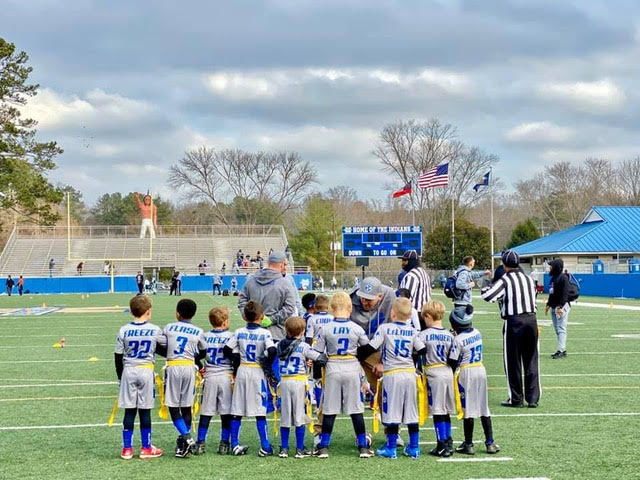 Josh LeLoup grew up enduring tough times and many hardships.

However, he found a release in youth sports and the men who coached him.

Today, the former White House High School football standout is a millionaire whose passion is to give young boys and girls hope regardless of their background.

No, not tackle football, but flag football.

“Growing up I played tackle football all the way to college,” LeLoup said. “I always wanted to get involved (in) whatever community I moved to. Originally, we looked at tackle football but with the concussion protocol and with my son, my wife said no. She allowed us to get involved in flag football, and at the time it was in its infancy and there were less than 100 kids involved.”

LeLoup, who moved to Murfreesboro about five years ago, has helped the league grow to more than 500 players.

“We joined the National Flag Football league and still had our rec league,” he said. “What I didn’t realize was how advanced the kids were. They learn hand-eye coordination, footwork and ball skills. They were so much more advanced because of it.

“We started a team called the Boro Ballers. It was for National Flag and we traveled all over the South and we ended up being pretty good and started seeing these kids develop. We started adding kids and saw how it was affecting their lives. We don’t want a kid to not have the opportunity to succeed. It’s more than football.

“We’ve seen kids affected in school. We had a parent get a letter from a teacher and it said her son was more active and focused and becoming a better student. That’s why I’m involved. It’s more about their future than winning or losing. We want to teach these kids to be successful for the long term.”

It’s not hard to figure out why LeLoup is so invested in helping young people through sports. In fact, he often sees himself in some of those he coaches.

“The reason I’m so (passionate) about it, and a lot of people do ask, ‘What does he get out it?’” LeLoup said. “I grew up a very, very poor kid. We worked hard, we worked in the tree business, we owned the tree business but just because we owned the company didn’t mean we had money. We struggled, and I went through a lot of free school lunches and had to get free turkeys from school.

“We weren’t going to eat. I grew up in a poverty-stricken home, but they did teach me about hard work. I got to see my brothers who were older than me make every mistake every young person can, and I remember telling myself I’m not going to make those mistakes, and I’m going to be different.

“I got involved with an organization in Hendersonville and it just merged with me. I loved football and it allowed me to leave my environment for a brief period of time. I just so happened to come across some great coaches who affected my life. They took a literal interest in me and were like father figures forever. I came through the league in Hendersonville and stayed with those coaches, and they not only taught me about football, but how to become a young man.

“They cared enough about me that when I moved to White House, they helped make it a smooth transition. They made sure the league (in White House) knew I was coming and that I was signing up. They knew if I didn’t stay active in football that I’d fall back. I was lucky that I was fairly intelligent, and I was able to use football and my work ethic to push me through school.” 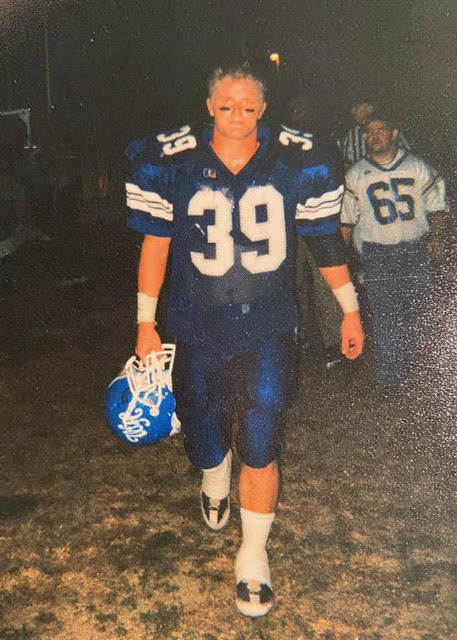 LeLoup said football continued to make an impact in his life through his playing days at White House where he was a two-time All-State selection in 2001 and 2002.

“When I got to middle school, I met a great man in coach (Randall) Mash, and he transitioned me to high school,” he said. “We had a great set of coaches at the time and they made sure I never got off track. They pushed me through school. I still respect them to this day. I still talk to my old coaches and principal and these men who didn’t have to step up and didn’t have to be there for me and did that extra to help me succeed.

“I was the first to graduate high school in my whole family, so going to college was unheard of. I was able to use football and, with the help of those men who didn’t have to be there for me, (it) propelled me to college and it changed my life. I didn’t finish college, but I went to Western Kentucky to play football and learned so much.”

This spring’s flag football season was canceled due to the COVID-19 pandemic, but LeLoup has plans for the near future. The Boro Ballers were set to play in a tournament at the Dallas Cowboys stadium in March, but it was also canceled.

“I was talking with a few of the coaches in town and we were talking about what we could do for the community,” LeLoup said. “I’m not from Rutherford County, but the people I’ve met are very proud of the community. I was going to start a winter league, but not knowing if the parents would get the spring fees back — they’re about $150 to $200 a person — we decided we would offer a free league for ages 4-15, or if 15s, 16s and 17s show up, we’ll find a place for them.

“We’ll play for six weeks, and in the seventh week they’ll compete in the jamboree at Oakland. It’s completely free. We’ll have a skills challenge and put teams together after that. We’ll have refs provided, food and vendors. This a really good league, and it just doesn’t affect their skills in football. It affects them in baseball, basketball and soccer. We just want to get the kids outside and active.”

LeLoup can draw from tough times growing up and point to his success later in life, as well as dealing with adversity along the way.

“What we’re trying to do is teach boys to be men through athletics,” he said. “I don’t want to see anyone go through what my brothers went through. My oldest brother (has been) in and out of prison since I was 16, and he’s been out two years now. I’ve seen the worst that can happen (and) the best that can happen.”

“I started a business five years ago and people told me I was crazy, but I was able to utilize the principles that I received from men that coached me in football to change my entire life. I became a millionaire in less than four years. I want to show these kids that it’s possible and it’s not something given to you.

“I’ve had many struggles in life. In 2017, I was playing a charity football game and tore a tendon in my leg and lost my leg on my first surgery in my life due to a MRSA (Methicillin-resistant staphylococcus aureus) infection. There are things that are going to happen in your life that keep you down, but if you’re taught at an early age — and it doesn’t have to be money — you can overcome those obstacles. It can be your religion, your family or other aspects of life that can break the cycle for those kids.”

LeLoup’s care and passion for today’s youth is obvious, and he probably sums it up best this way: “If I can change one kid — just one — I know I’ve made a difference.” 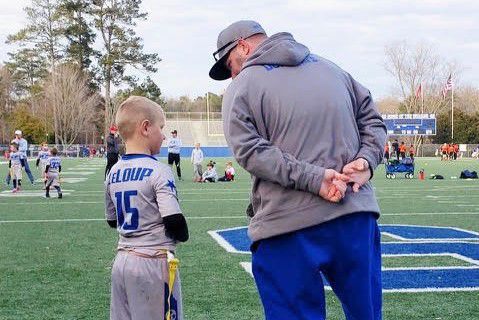